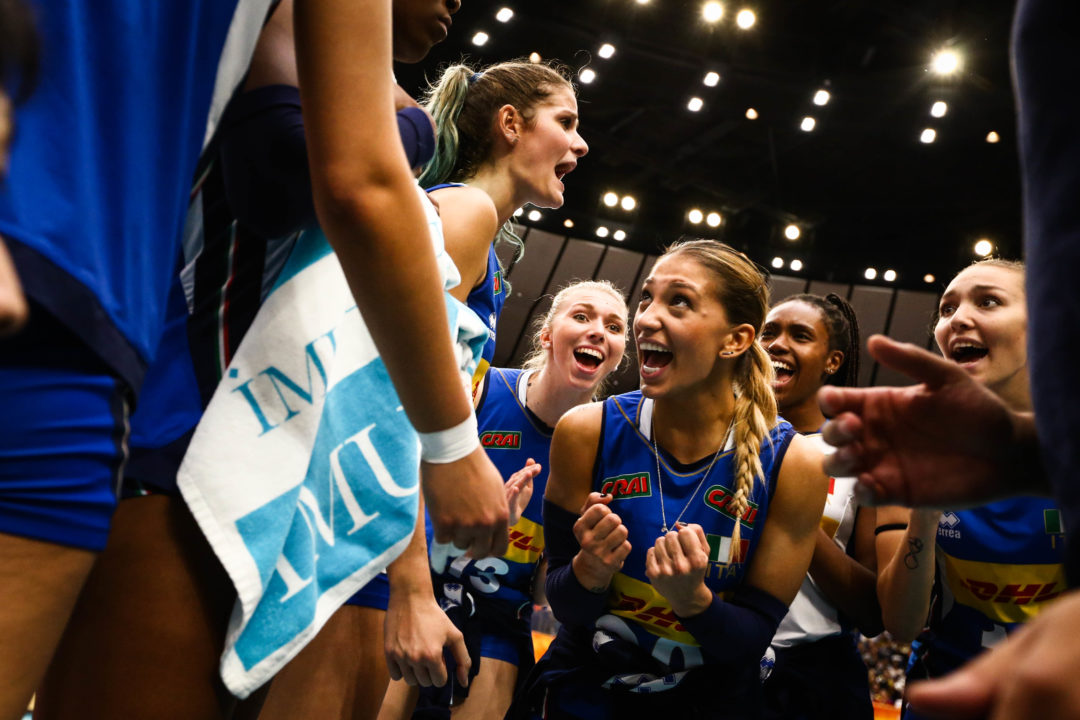 The ratings for the women's volleyball World Championship gold medal match in Italy were akin to those for World Cup matches earlier this year. Current Photo via FIVB

While attendances in Japan for the Women’s Volleyball World Championship were underwhelming for sponsors and the hosts, televisions in Italy were through the roof.

According to Rai, the rights-holder in Italy, over 14 million Italians won the gold medal match between Italy and Serbia, which Serbia won in 5 sets for their first World Championship. That gives them a 36.1% share with an average of 6,313,000 spectators, and a peak of 8 million fans (43.1%).

That means that, at one point in the match, 1 out of every 7.5 Italians were watching the match. By comparison, the 2018 Super Bowl drew an average audience of 103,000,000 viewers in the US, which means 1 in every 3.15 million. By a better comparison, the match, at its peak, drew almost the same share as the most-watched matches in Italy of the 2018 men’s soccer World Cup tournament, where Belgium and Brazil drew just over a 44% share.

For another comparison, the opening match of the 2018 Men’s Volleyball World Championships, between Italy and Japan, drew about a 9.6% share – r 1.7 million people watching. That match was hosted at the Foro Italico in Rome.

The match aired on Rai2 in Italy. Rai 2 is a free-to-view station in Italy broadcast by RAI, the country’s public broadcaster, meaning that everyone in Italy with a television receives the station free of cost.