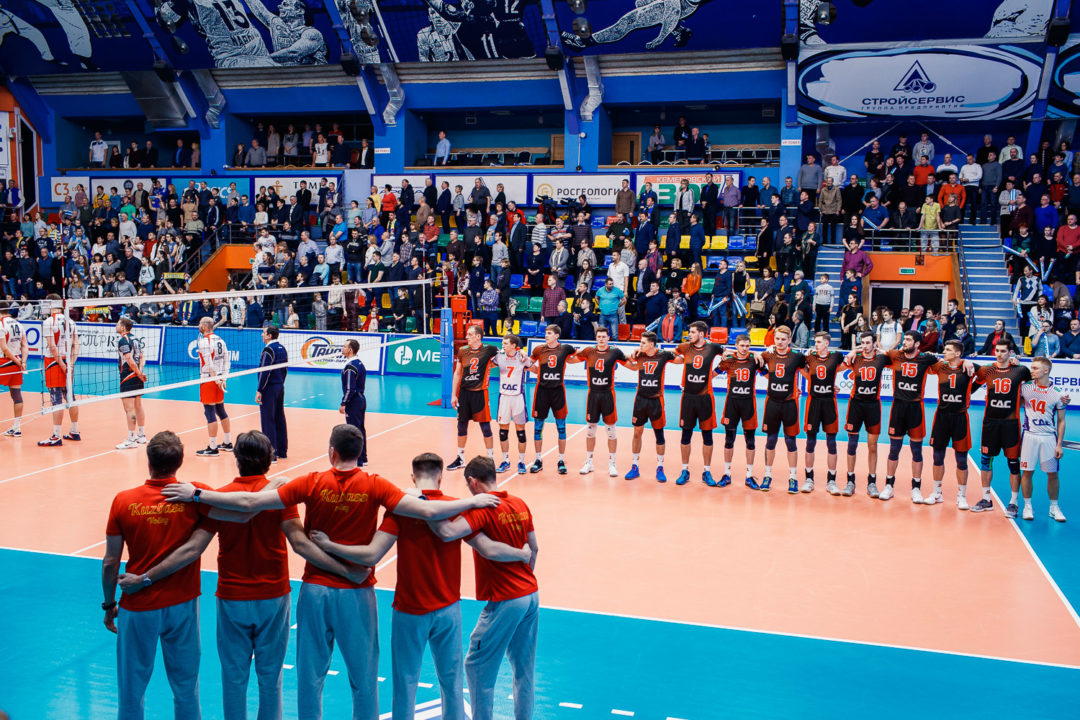 Kuzbass Kemerovo finished the Russian Superleague in 7th place with a 15-11 record. Belgorod, a club volleyball powerhouse that boasts a FIVB Club WCH to its name, finished the competition in 2nd with a 21-5 record. Of Belgorod’s 5 regular season losses, 2 of them were to Kuzbass. Was it really a surprise then, that when both teams faced each other in the tournament’s finals and Kuzbass eliminated Belgorod with a 2-0 sweep, winning both games on a 3-0 score? In the second game, it even came back from a 16-23 score to close out a set.

Kuzbass president Dmitry Pashitsky was flabbergasted with the way his team dominated its opponent (Championat.com):

“Such a result could not be predicted. Neither I nor the guys expected this. Belogorie is a great club with a large number of eminent, experienced players. We had a great desire to win, we went to the arena to show our best volleyball. Somewhere, Kuzbass was lucky. Belgorod has had some problems with the coaching staff, it also played a role.

How did we come back from 16 to 23? I do not even now understand what happened at that moment. It was a miracle. I have never seen such a thing in my life. We calmed down, just finished the game, understood that the set could not be saved any more. They players performed the coach’s plans with the expectation of the next match and just enjoyed the game. Then, things just happened, the defense improved, our blocking worked, and we won the set. It’s incredible!

In sports such thing happen. To say that Kuzbass is stronger than Belogorie would be arrogance. Again, this is a great team with experienced players. The regular championship they finished in second place, and we finished in 7th. Belgorod had few defeats during the season. Probably, at the end of the regular season, they got tired and did not approach the quarter-finals in optimal form. Our team was motivated, we really wanted to win. Therefore, such a result happened.”

What a game, we going to semifinals🎉 #playoffs