80 Volleyball Players Nominated for NCAA Woman of the Year 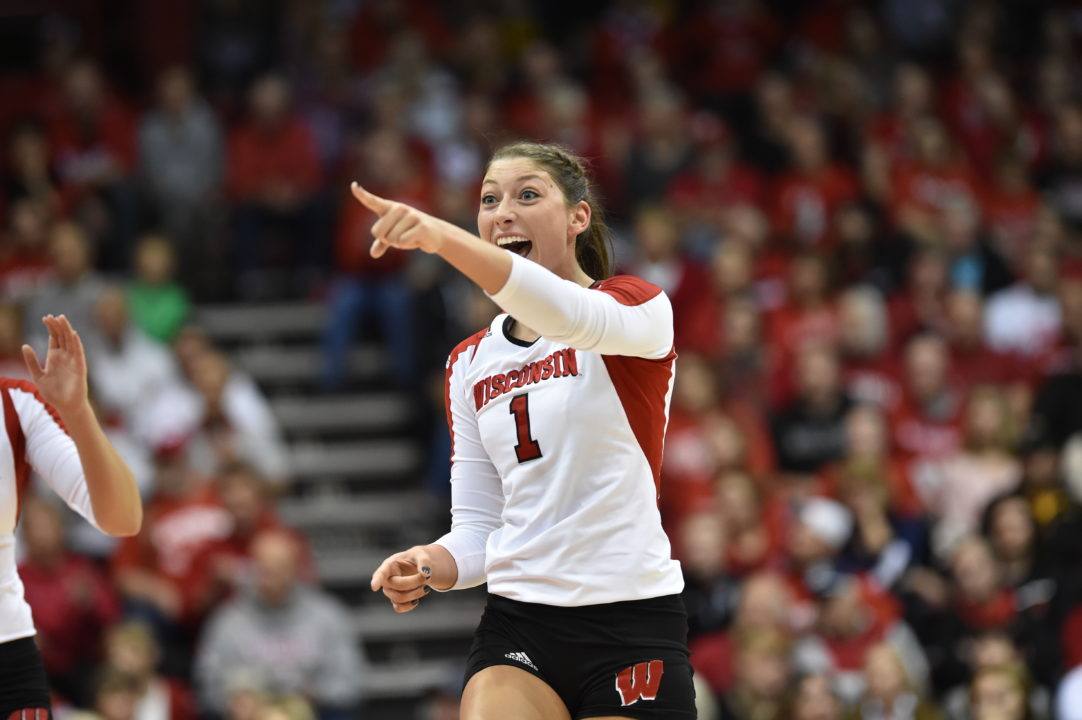 Wisconsin setter Lauren Carlini is one of at least 8 Division I All-Americans nominated by her school for the NCAA Woman of the Year award. Current Photo via UWBadgers.com

The list of a record-setting 543 nominees for the 2017 NCAA Woman of the Year Award has been released, and the list is as impressive as ever. Not only is the number of names submitted the most in program history, but the group averaged a 3.69 GPA, and includes 122 multisport athletes.

A total of 80 volleyball players were nominated, with 77 indoor, 5 beach, and 2 who played both, which ranks it 4th among sports on this year’s list:

Among the biggest stars on the list are setter Lauren Carlini, who was both an AVCA and VolleyMob First Team All-American last season. The best setter in the country, Carlini has already earned the honor as the AAU National Athlete of the Year for 2016. Kansas libero Cassie Wait, who was a VolleyMob Second Team All-American, and the NCAA’s second-leading scorer and SEC Player of the Year Krystal Rivers were also nominated by their schools.

Carly Kan was nominated by Missouri, where she played the 2016 indoor season, and is officially listed as an indoor player. However, after graduation, she transferred to Hawaii to play beach volleyball, where she finished the season 31-5 playing at the #4 and #5 lines for the NCAA-qualifying Wahine. She was one of the few players who competed in last season’s NCAA tournaments both indoors and on the beach.

Another highlight from the list are Sara Bey from State University College at Old Westbury and Emily Stickney from the South Dakota School of Mines & Technology. They each participated in 5 different sports at the Division 3 level,

In this round, each school was eligible to nominate one female student-athlete who is graduating and has completed their eligibility. Next, each conference will select up to 2 conference nominees from each of the schools’ nominees (in sports where teams compete in a conference outside of their normal conference, there is a special pool created). Then, that list is reduced to 30 athletes – 10 from each of the NCAA’s 3 divisions. The next cut reduces the competition to 10 women from each of the NCAA’s three divisions, meaning that Acker is one of 10 Division I finalists (the full lists have not yet been received).

Next, 9 finalists (3 from each division) will be named finalists before an awards ceremony in Indianapolis on Sunday, October 22nd that will select the NCAA Woman of the Year winner.

To be eligible for the award, an athlete must have earned a varsity letter in an NCAA-sponsored sport and completed eligibility in that sport (Acker’s last season was the 2015-2016 season). Each school is able to nominate 1 woman from across their athletics program and the NCAA Woman of the Year selection committee chooses the ultimate winner on the basis of academic achievements, athletics excellence, community service, and leadership.