Brazil To Use 10 Olympians In World League Finals 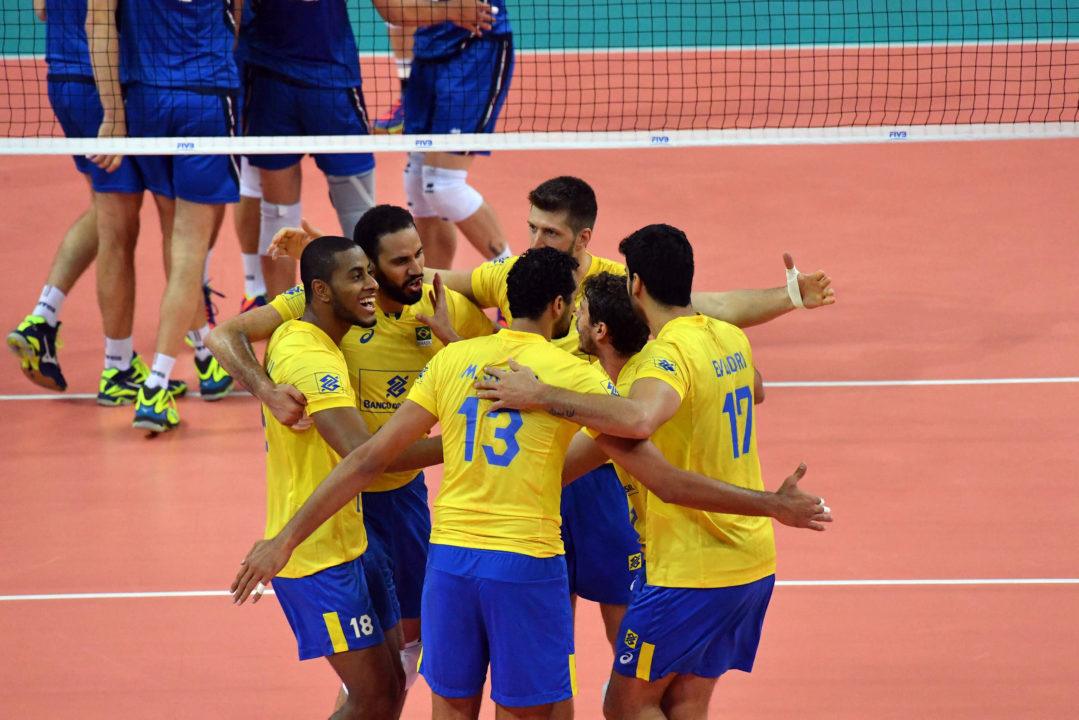 Brazil finished in the second place position in Group 1 of the World League, concluding the preliminary rounds of the tournament. They finished the tournament with a 6-3 record. Current Photo via FIVB

Brazil finished in the second place position in Group 1 of the World League, concluding the preliminary rounds of the tournament. They finished the tournament with a 6-3 record.

All of Brazil‘s losses came to teams that did not make it to the finals, including Argentina who finished the tournament in 10th place in the last week of play. In week one, the Brazilian team dropped their first match of the World League to Poland in a five-set match, but bounced back in week two in a revenge match, taking down the Poles. Bulgaria was able to take a match off Brazil in the second week in four, to which they sought and took revenge over the Bulgarian crew in week three.

The Brazilian squad returns all but two players to their finals roster that competed at the 2016 Rio Olympic Games. The squad led Brazil to the Olympic championship. At the Olympics, de Souza led the field with 147 points on 131 kills, nine blocks and seven aces. Lucarelli Souza was also a strong contributor at the Games with 93 points scored.

The Brazilians are reworking their line-up due to injuries sustained at the competition, which will have a significant impact on their play in the finals. Buiatti was called up recently to the team after Guerra was determined not able to compete in the finals after an injury suffered after the first week of play. Guerra led after week one of play with 68 points, but thrombosis in his right forearm disqualifies him from the remainder of the competition. Fonteles is also out for the finals as he strained his calf in the final week of the preliminary matches. Both players competed at the Olympics.

Brazil will first take on Canada in their first match of the final six on July 4, followed by Russia on July 6. Depending on the results of the matches will determine if they will move on to the semifinals on July 7.