A Look Back at AVP Hermosa Beach’s Last Minute Pairings 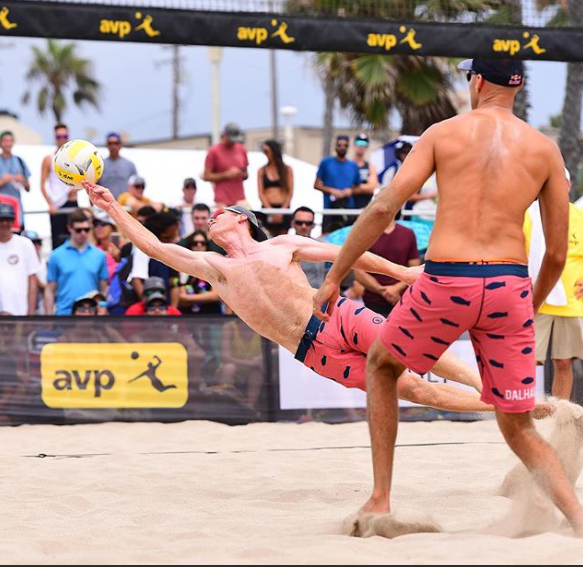 Two of the biggest stories of the AVP Hermosa Beach Open were the last minute pairings of two of the event's contenders due to injury with each garnering mixed results.  Current Photo via AVP

Two of the biggest stories of the AVP Hermosa Beach Open were the last minute pairings of two of the event’s contenders due to injury with each garnering mixed results.

Jeremy Casebeer was the first to announce that he would not be playing up with partner Reid Priddy due to a minor injury and instead had chosen 49-year old Eric Fonoimoana as a replacement. Fonoimoana, who hadn’t played on the AVP Tour in 11 years, was the 2000 Olympic gold medalists alongside Dain Blanton.

Two time 2018 AVP title winner Phil Dalhausser didn’t look too far to find a replacement for his partner Nick Lucena, who was suffering from a groin injury. He turned to the pair’s coach Jason Lochhead, while Lucena rotated into the coaching role.

Casebeer/Fonoimoana earned $500 with a 15th place effort, posting a 1-2 record in the main draw. The duo won its opening match against qualifiers Michael Boag/Bobby Jacobs 21-16, 21-14, but fell to Dalhausser/Lucena to drop into the contender’s bracket. After a 21-12 opening set win over Maddison McKibbin/Riley McKibbin, the pair fell 21-15, 15-12 to exit the competition.

Fonoimoana racked up 22 kills, nine digs and two aces, while hitting .581 in his return to the sand, while Casebeer hit .000, but served up five aces and tacked on two blocks.

Dalhausser/Lochhead just missed the podium, finishing fifth with a 3-2 record. After the opening win over Casebeer/Fonoimoana, the pair dropped a 21-14, 21-19 decision to No. 3 seed Billy Allen/Ryan Doherty. The duo bounced back with two contender’s bracket wins, topping No. 15 Raffe Paulis/Jeff Samuels (21-14, 21-13) and No. 7 Tim Bomgren/Chaim Schalk (21-15, 21-16). In the final contender’s bracket match, Dalhausser/Lochhead fell 23-21, 21-10 to eventual champions No. 1 seed Theo Brunner/John Hyden.

It remains to be seen if Dalhausser/Lucena will be back on track for the Vienna Major, the main draw of which begins on August 1.