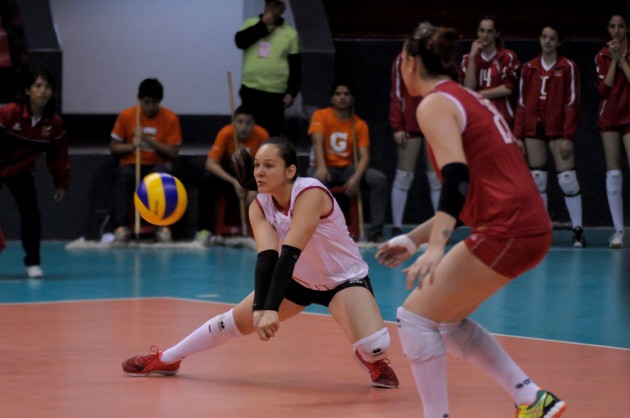 CSM Volei Alba Blaj has brought in another player for the 2018 CEV Champions League Final Four in Melisa Memis who just finished her season in the Turkish Venus Sultans League.  Current Photo via FIVB

CSM Volei Alba Blaj has brought in another player for the 2018 CEV Champions League Final Four in Melisa Memis who just finished her season in the Turkish Venus Sultans League.

Memis will reinforce the libero position of Alba Blaj following the right knee injury of the team’s starting libero Marina Vujovic. Memis played for Camerously Beylikduzu Vol. Iht. who finished in 9th place in the league with an 8-14 record, just outside of making the playoffs by a sets ratio difference.

Memis is the third reinforcement for Alba Blaj leading up to the Final Four of the Champions League, as the team recently secured two Serbian players – Natasa Krmanovic and Tijana Malesevic. These two players also came from the Turkish League, as they finished in 10th place with Seramiksan, not making the playoffs.

Alba Blaj will bypass the Playoffs 6 as they were selected as the hosts for the Final Four, giving them an automatic spot in the finals. The team has been extremely successful so far in the Champions League, with a 5-1 record in the fourth round – losing only to Volero Zurich in their final match of pool play. Alba Blaj will play the winner of Galatasaray SK Istanbul and Igor Gorgonzola Novara in the Final Four, with Novara having won the first matchup in a tough five-set match.