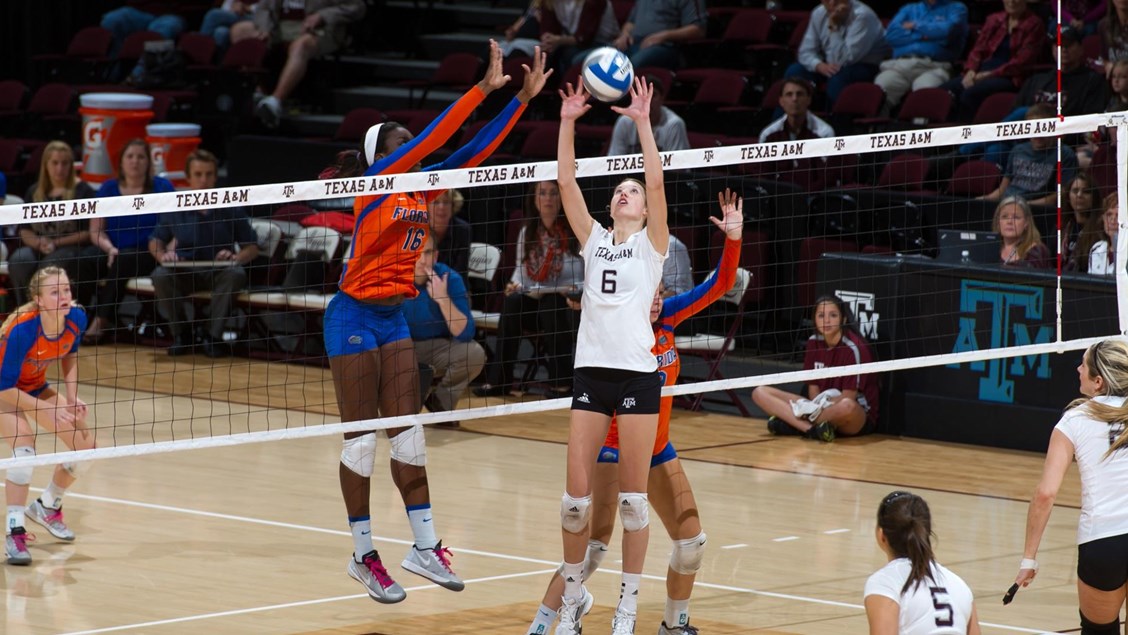 Allison Sawatzky and Joslyn Hayes traveled far from home to start off their professional careers, as they made their way... Current Photo via Texas A&M Athletics

Allison Sawatzky and Joslyn Hayes traveled far from home to start off their professional careers, as they made their way to Valinhos, Brazil in July. With the move came a whole different culture, with a challenging language, social relations, and food habits. Luckily for them, Valinhos is a nice dormitory city of 100,000 inhabitants which mixes the laid-back style of a small city with the cultural life similar to that of its bigger metropolis sister Campinas, less than 10 miles away and with over 1 million inhabitants.

Both players spoke to Globo.com about their move:

“Living here has been good for us, for sure, and we’re feeling good. We are able to get everywhere by foot. Valinhos is an amazing, great city. The food is also very good, especially the meats and pies. Dividing college work with volleyball is much more stressful than here in Brazil, where you focus only on the sport. If I could describe it in a word, it would definitely be “difficult.” – Allison

“This is our first time here, and the team has been very good, understandable to us, especially in relation to the language barrier, which they have helped a lot with. I can say that everything has been fantastic. Portuguese is very difficult, and coming to a Latin American country where you do not speak Spanish is different. The volleyball fundamentals here are more mechanical. Here in Brazil everything is heavier, everyone attacks strong, while in the United States it is a more strategy thing. Not that in Brazil there is no strategy, but the staff prioritizes brute force.” – Joslyn

Hayes signed with Valinhos straight out University of Colorado, where she was a two time team captain and helped lead the team to the Sweet 16 in the 2017 NCAA Tournament. Sawatzky, a former Texas A&M setter, on the other hand, took a more unorthodox route and signed with Valinhos 5 years after completing a storied college career where she started every match for the Aggies from 2010-2013. Both players will now a play a key role in trying to get Valinhos promoted to Superliga after the team was relegated in the 2017/18 season.

Taking an L is fine when it stands for Learning experience. Get it? First game of my professional career was a wake up call. Losing sucks, but personally accepting this challenge feels pretty good.