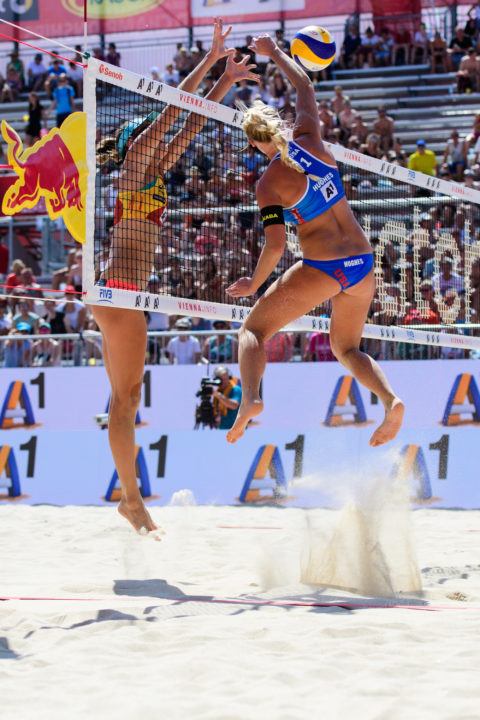 The win brings Claes/Hughes to the Round of 16 that will begin on August 3, while Elsa/Amaranta are eliminated from the tournament.

The American’s sent over the majority of their serves to Navaro in the match, allowing for her to be matched up with Claes big block. On the attack, Clase and Hughes played the deep game, hitting balls deep on the court and finding good angles around the Spaniard’s blocks. The two were extremely successful in their attacks with a 64% efficiency rating.

The Spanish players served their balls evenly to both Americans. On the attack, they found success by hitting sharp angles or going around the block for a hard line shot.

Claes/Hughes haven’t let their inexperience to the World Tour stop them from moving far into tournaments. Their next match will be against 2016 Olympic champions, Laura Ludwig/Kira Walkenhorst.