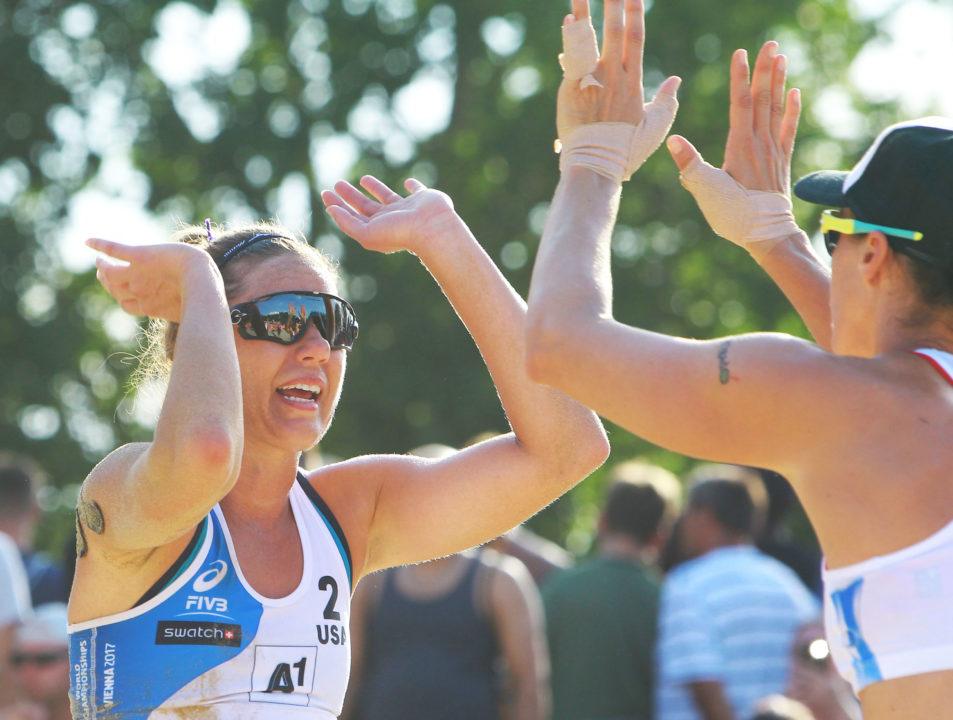 In a highly anticipated American match-up, April Ross and Lauren Fendrick were able to take down Nicole Branagh and Emily Day in a tough three-set 2-1, (10-21, 21-18, 15-11) win. Current Photo via FIVB

The win keeps Ross/Fendrick alive in the tournament, advancing to the Round of 16, while Branagh/Day are eliminated from the Beach World Championships.

Had Kerri Walsh Jennings not gotten hurt last week and had to pull out of the tournament, this would have been the first time that she and Ross competed against each other since they split earlier this year. However, a dislocated shoulder kept her from the tournament, allowing Branagh to play with Day.

Ross served tough against her opponents, earning two aces but with that also six errors with the majority flying out the back line or off to the side. Fendrick kept her served more consistent, with the majority of the serves heading Day’s way.

On the attack, both Ross and Fendrick had equal opportunities to hit the ball. They mixed up their shots in the match with Fendrick hitting mainly from the right side going hard cross or line. Ross did the same with a few deep corner shots included.

Up next for the American’s are Czech pair Barbora Hermannova/Marketa Slukova in the Round of 16.