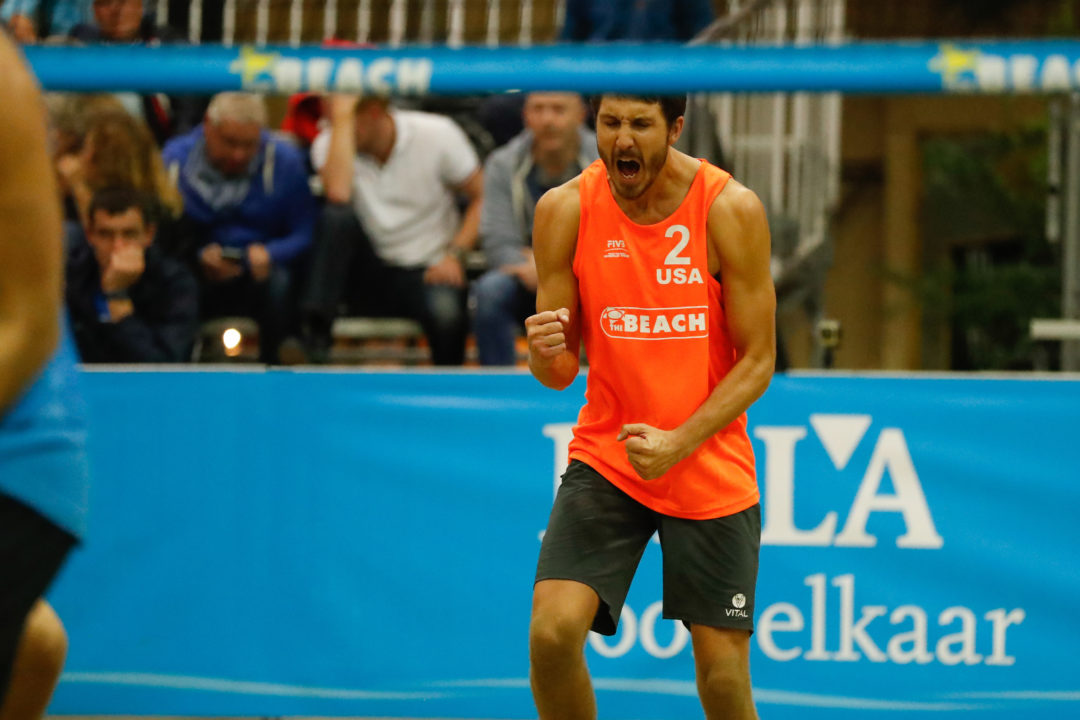 Americans Kimberly DiCello and Emily Stockman faced off against countrywomen Betsi Flint and Kelley Larsen in one of the eight Round of 16 matches at the Sydney Two-Star with the former winning in straight sets, 21-11, 21-14.

Also among the field were Jace Pardon and Lara Dykstra, three teams from Japan, two Australians and duos from eight other countries.

Pardon/Dykstra fell to Futami/Hasegawa in straight sets. Two matches went the distance, with Schutzenhofer/Plesiuetschnig and Bawden/Ngauamo moving on in three-set affairs.

The women’s quarterfinals will be played beginning at 9:30 p.m. ET Friday night.

On the men’s side, Friday brought quarterfinal play.

Americans Bill Kolinske and Miles Evans moved on to Saturday’s semifinals with a straight set win over Australia’s Paul Burnett and Joshua Court (21-14, 21-12).

Matches begin at 12:30 a.m. ET Saturday. Live streams of the semifinals and finals are available on the FIVB YouTube Channel. 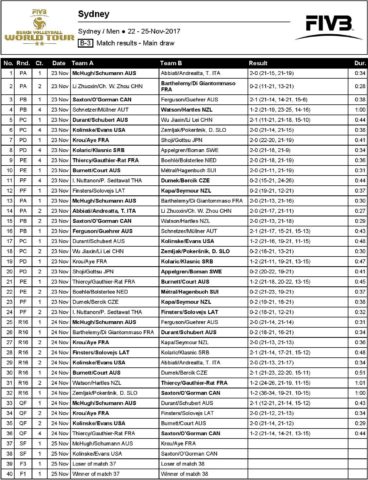