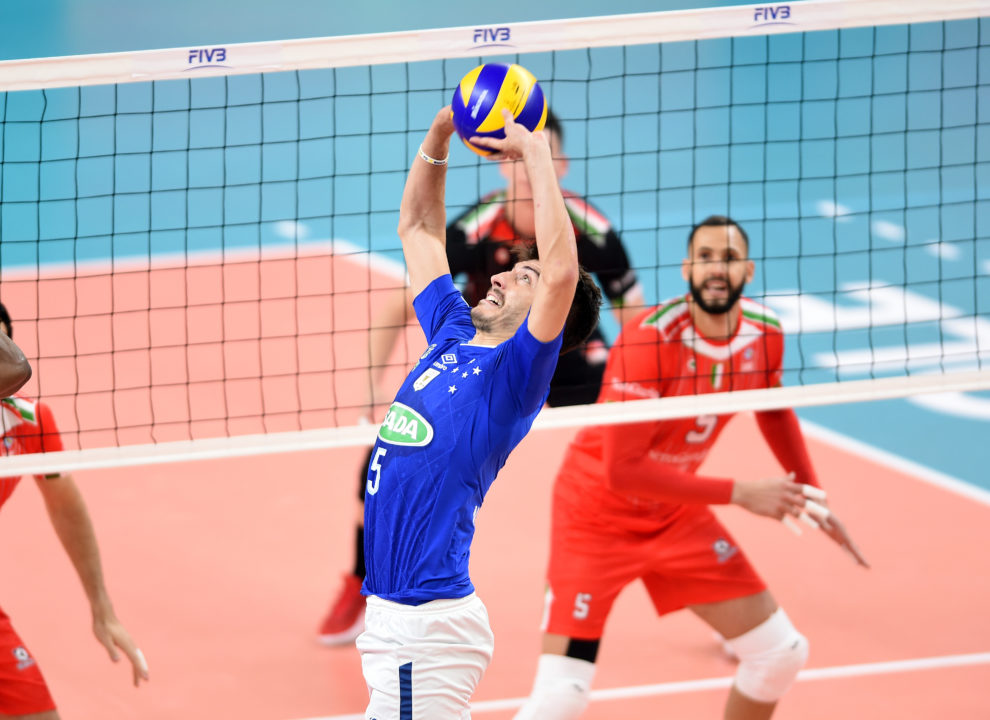 In what will certainly be considered as one of the transfer season’s weirdest transactions, Cruzeiro‘s starting setter Nicolas Uriarte has just been announced as Taubaté’s new signing, according to Globo.com.

The transfer is surprising, as Nicolas Uriarte is considered one of the best young setters in the world, certainly is a starting-caliber player in Superliga, and is currently Luciano De Cecco‘s first back up in Argentina’s national team. It just so happens that Taubaté’s starting setter is Raphael Oliveira, an established superstar, who has made it clear that he wants to continue his career in the team. Why would Uriarte, then, be content with a bench role in the team he just helped eliminate in Superliga’s semis?

The story is not yet clear. Will Raphael leave Taubaté, or is the team taking an insurance policy on him? Recent leaks by Brazilian blogger Bruno Voloch states that Daniel Castellani, Taubaté’s Argentinian coach, is the one that mediated the transaction personally, which drew the ire of the team’s general management, which did not agree with it. The transfer is said to have caused a lot of discomfort with the team’s staff, players, and fans. It has also been reported that Uriarte’s signing was a demand from fellow Argentinian Facundo Conte‘s dad for his son to sign with the team.