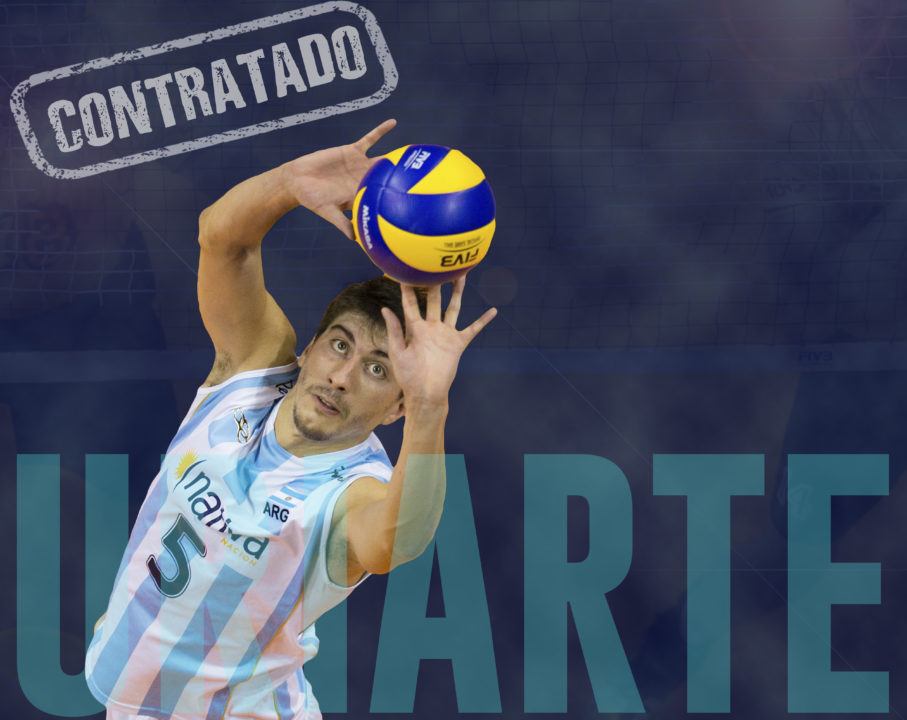 “I always wanted to play in the Brazilian league and now deciding to play in a club like Sada Cruzeiro was very easy,” Urirate said. “The team has incredible players and what they have won in recent years speaks for themselves. The capacity and quality of the athletes and coaching staff is very great and I pay a lot of attention to the winning mentality that was developed in the team. This all motivates me a lot to work with all of them.”

The 1.90m (6’2″) native of Buenos Aires is 27-years old and making his first appearance in the Brazilian league after spending most of his professional career in Europe with clubs in Poland and Italy. As a member of the Argentinian National Team, he was on the team that won the 2015 Pan American Games title, beating Brazil 3-2 in the final, and was named the best setter at the 2007 Junior World Championships. He’s been with the Argentinian senior team since 2009, when he was just 19-years old.

Uriarte ranked 4th among all setters in the Polish league last season by the PlusLiga effectiveness rating.

“The last four years have been very important to me for my growth. I felt that I grew a lot. We won the league in the first year and that last year we lost in the final, always fighting for the titles, between the two, three strongest teams of Poland. It was a great experience for me, in a country that lives volleyball. Poles are passionate about volleyball, maybe it’s the number one sport in the country. From Poland, we have followed the achievements of Sada Cruzeiro in recent years, such as the World Club Championships,” he recalled.

Uriate’s father, Jon, was on the Brazilian bronze medal winning team in 1988 and played professionally for Brazil’s Minas Tenis team – based in the same area of Brazil as Sada Cruzeiro. He has familiarity with his new home, then from visiting his father as a player and coach.

“When my father worked in Minas I was playing in the Argentine league, but I was able to visit him in Belo Horizonte for a few days,” the younger Urirate recalled. “I was able to see and get to know the city, which is very beautiful. I can not wait to start this job at Sada Cruzeiro, which has a great crowd.”