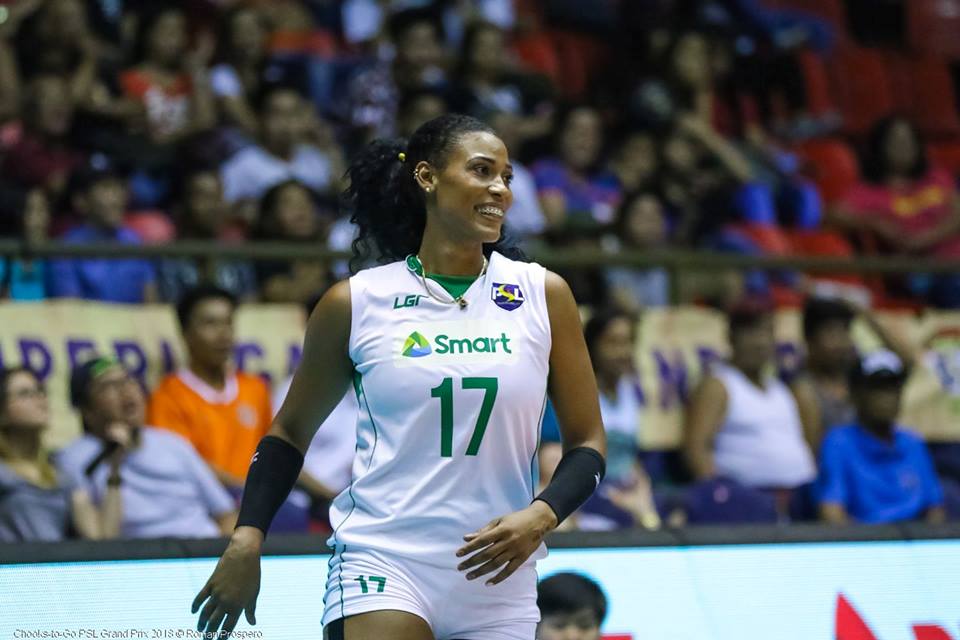 An unbelievable offensive display from Gyselle Current Photo via http://philippinesuperliga.com/

It’s no suprise to anyone that Philippine’s Super Liga is not one of the best leagues in the world and scoring outputs stemming from it should be taken with a grain of salt. However, when a player scores 56 points anywhere, it warrants attention. This is just what Cuban player Gyselle Silva did at Batangas City Sports Center, when her team SMART faced-off against Cocolife. The Cuban spiker recorded 53 kills and 3 aces, but it wasn’t enough to bring home the win, as Smart fell 3-2 (23-25, 21-25, 29-27, 25-19, 14-16).

Gyselle’s performance shattered the league’s previous record of 41 points, set by Serbian Sara Klisura last year when she played for Foton. As a huge coincidence, Klisura herself, who now plays for Cocolife, watched from the other side of the net her record being broken, but had the last laugh, as her 35 points helped her team come out victorious.

Gyselle’s scoring feat ranks as the third all-time best scoring performance in the world: Azerbaijan’s Polina Rahimova dropped 58 points in 2015 when playing in Japan, American Madison Kingdon had a 57-point game when she played the Korea Volleyball League (KVL) in 2017, and Bulgarian Elitsa Vasileva also had a 57-point performance playing in Korea. Gyselle is now trailed by American Nicole Fawcett, who had a 55-point, also in the KVL, in 2013, and Alaina Bergsma, who also had a 55-point game in the KVL in 2016.

Born in 1991, Gyselle plays both the opposite and outside hitter positions. She has played with the Cuban national team in the past in various international tournaments before defecting, including the 2009 FIVB’s Girls U19 World Championships, where she was awarded the tournament’s MVP award. In the volleyball community, she is known for her provocative screams at the net after successful attacks, which has generated some funny youtube parodies: