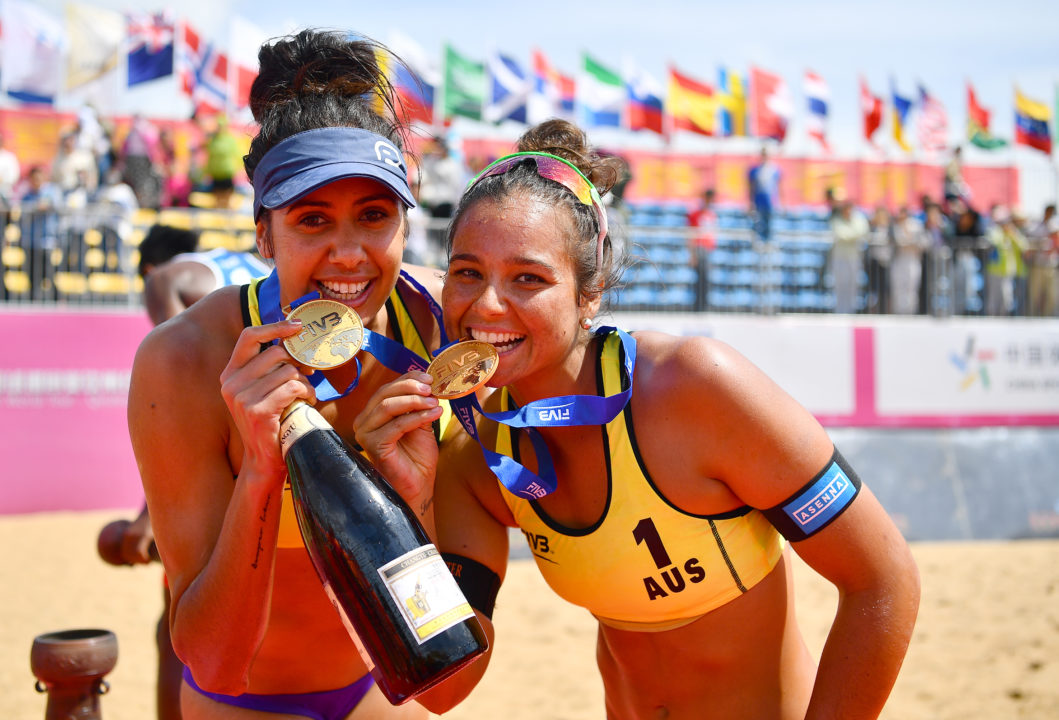 Fifth seeded Mariafe Artacho and Taliqua Clancy of Australia and No. 15 seed Maxim Sivolap and Igor Velichko of Russiaeach won their first FIVB medals with gold at the Qinzhou Open on Saturday. Current Photo via FIVB

Polish duo Kinga Kolosinska and Karazyna Kociolek came up just short in their Cinderella run through the Qinzhou Open, as the No. 30 seed fell to fifth seeded Mariafe Artacho and Taliqua Clancy of Australia 21-11, 21-12 in the gold medal match.

Artacho and Clancy are in just their second tournament together and have won both, following a win at the Grand Front Osaka Open on Oct. 9 with their first FIVB gold.

The match took just 28 minutes, but the weather didn’t make it easy.

“Teamwork, especially in these tricky conditions,” Clancy said. “It’s so windy and that made it even more difficult. We were adapting to that the whole tournament and it paid off. I am really excited! We just try to play our best volleyball and to go out and see what we can do. It has been enjoyable, every game and every match to play, so getting the benefit of winning this is absolutely extra bonus. The World Tour is getting more difficult. We will just keep going and hopefully we can get more podiums.”

Second seeded Americans Summer Ross and Brooke Sweat downed top seeded Fan Wang and Xinyi Xia 21-18, 21-13 for the bronze medal. It marked the second medal for the duo in 2017, following a silver at the Moscow Three Star in June.

“It’s always great to win a medal, especially in our first season together and our last tournament of the season,” Sweat said. “I think we are playing really good and to go out with a medal just means a lot to us.” 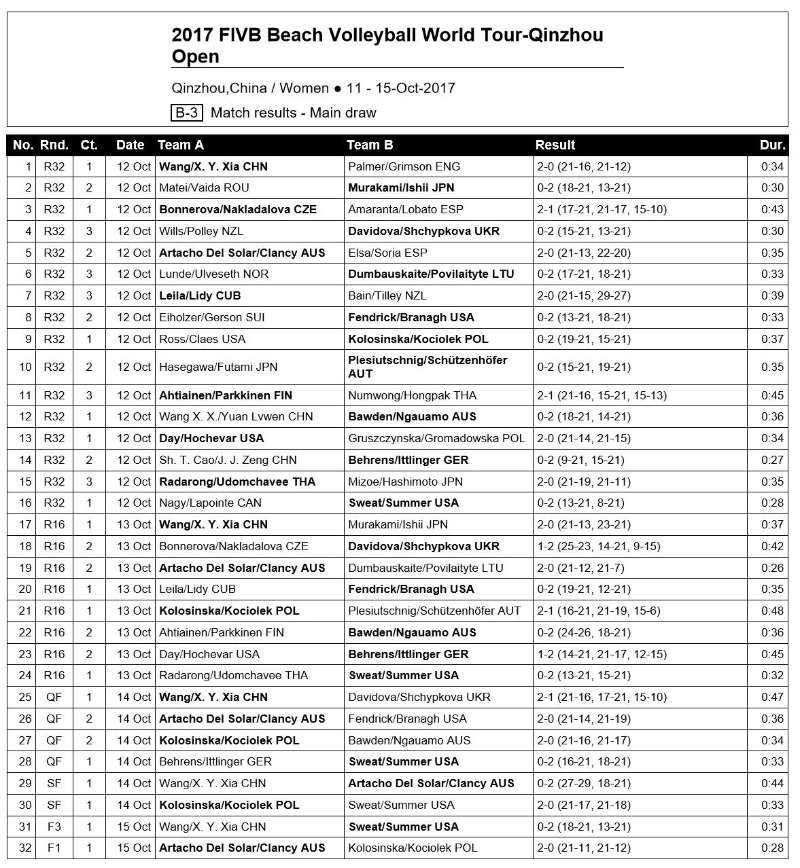 On the men’s side, No. 15 seed Maxim Sivolap and Igor Velichko of Russia edged Mexican fourth seed Juan Virgen and Lombardo Ontiveros in an ultra-close final with each set decided by the minimum two points: 19-21, 21-19, 20-18.

This is the first ever FIVB medal for the Russians, following four zonal or satellite titles. It is the second medal of 2017 for the Mexicans following a bronze at the Olsztyn Four Star in July.

“We are really happy! We played on almost our maximum level and won the tournament and we can’t express our feelings now. It’s something marvelous,” Sivolap said. “The gold medal shows that we are going in the right direction and we have been working strongly. Our aim was to go for the gold medal and we got it and everybody is really happy.”

The men’s final will feature No. 15 seed Maxim Sivolap and Igor Velichko of Russia against Mexican fourth seed Juan Virgen and Lombardo Ontiveros after both sides registered upsets in the semifinals.

“This medal is very important for us, because the people in Cuba love volleyball so much,”  Nivaldo said. “And this is the last tournament of the season, it’s great to go home with a medal.” 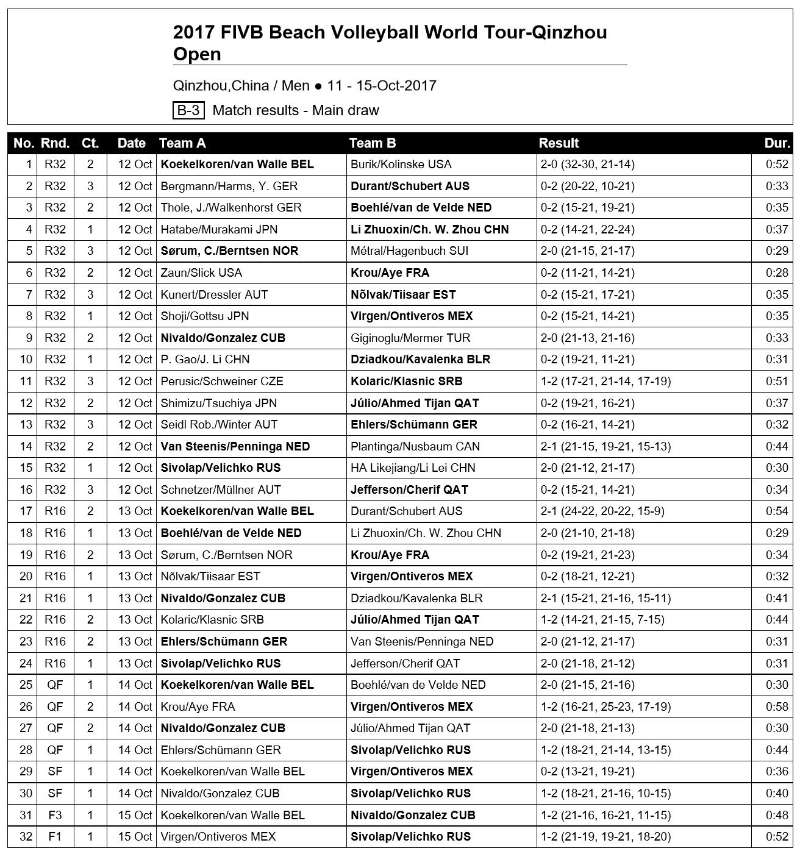