Atanasijević and Podraščanin On Perugia For Two More Seasons? 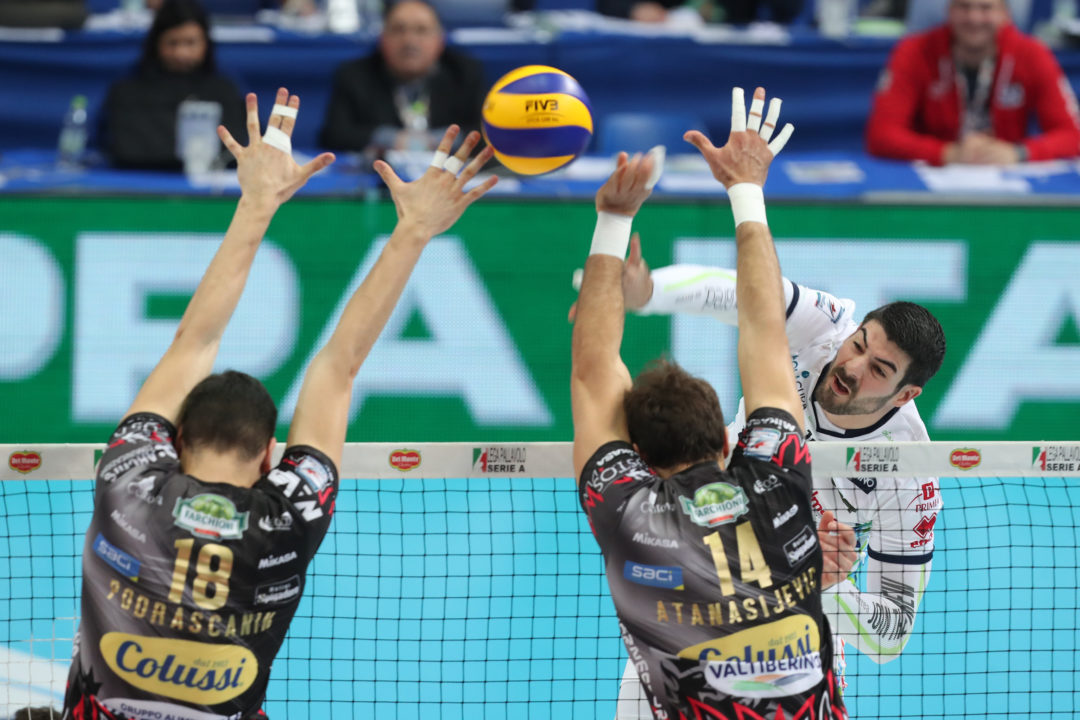 It looks like the exceptional Serbian duo of Aleksandar Atanasijević and Marko Podraščanin will stay in Perugia for two more seasons Current Photo via Legavolley.it

Italian volleyball blogger Gian Luca Pasini has recently stated that Sir Safety Perugia has reached a two-year contract extension agreement with the team’s Serbian duo of Aleksandar Atanasijević and Marko Podraščanin. The 26-year-old Atanasijević has been with Perugia since 2013, while the 30-year-old Podraščanin joined the club in 2016. Both are important members of the Serbian national team. Here is a quote from Gino Serci, Perugia’s president, commenting on the matter:

“Yes, we have reached an agreement in all aspects for a two year extension with Atanasijevic and Podrascanin. I have already put my signature on the two documents, since I will be out for work in a few days.

Perugia’s future today starts with Aleksandar Atanasijević and Marko Podraščanin and not with Ivan Zaytsev, which has decided to change positions. I understand that, even in soccer it is better to be a striker than than a defender. We believe he will play somewhere else.

About leon, Today we are a bit more confident. He has practically left Kazan and if he chooses to still have a financial payout similar to what he has in Russia, he will choose Japan, Korea, or China. Otherwise we are in the front row with a financial offer that he knows is just inferior, but with other positive aspects.”

Sir Safety Perugia currently leads A1’s standings with a 20-2 record. Atanasijevic, the league’s third highest scorer with a 4.92 points per set average, and Podrascanin, which is the league’s second best blocker at 0.73 blocks per set, are big factors why.