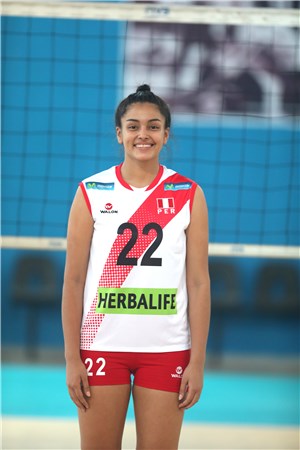 Family, fans, and the whole Peruvian nation are apprehensive to know what really happened to the young volleyball star Current Photo via FIVB

Alexandra Chocano, better known as Luz Chocano in her home country of Peru, was a 16 year old volleyball player member of Peru’s youth national team and one of the country’s most promising young stars. She died under unclear circumstances after attending a party with friends in the city of Miraflores. According to the police, Chocano spent the night in her boyfriend’s room after the friendly reunion. In the early morning, the boy asked for help from friends claiming that Chocano had fainted. She arrived dead at the hospital.

According to Peruvian newspaper El Comercio, Alexandra Chocano’s autopsy revealed that the teenager volleyball player died as a result of cerebral and pulmonary edemas.

A pulmonary edema, on the other hand, is the abnormal accumulation of fluid in the lungs. Its causes are varied, but usually separated into heart-related issues (congestive heart failure, for example), and non-cardiogenic issues (exposure to high altitudes, kidney failure, exposure to toxic gases, infections, and misuse of certain therapeutic medicine).

The newspaper also stated that some witnesses attributed Chocano’s condition to the mixing of medication and alcohol, a hypothesis that would account for the cerebral and pulmonary edemas.

One of the minors present at the rented house where Chocano died gave a seven hour testimony to police, where he assured he was not the victim’s boyfriend (the newspaper doesn’t specify further if he is the missing boyfriend from previous reports). In declarations, he stated that they entered together one of the apartment’s room, where Chocano began to bleed. He also stated that he knew, by part of one of Chocano’s friend, that the victim was currently taking some kind of medication.

Chocano’s parents are understandably shook from the unexpected death of their child. In an interview to El Comercio, they described Chocano as a wonderful daughter. Jhonny Chocano, Alessandra’s dad, also stated his will for justice to be done:

We will fight until the end so that everything is clarified, whoever is to blame has to pay

Alleged Irregularities in the proceedings of the case

After receiving information about alleged irregularities in the proceedings of the case, Miraflores’ Ombudsman requested a prompt, effective and impartial investigation from the Public Prosecutor’s Office, urging authorities to adopt measures to determine with total clarity the circumstances of the death of the young volleyball player, and eventually, the responsibilities arising from it. He also sent an official letter to the president of the Peruvian National Volleyball Federation, Diana Gonzáles Delgado, requesting information about Chocano’s legal status as an athlete, as well as responsibilities assumed by the federation regarding the physical and psychological care of minor athletes regarding education, food, health, among other aspects.