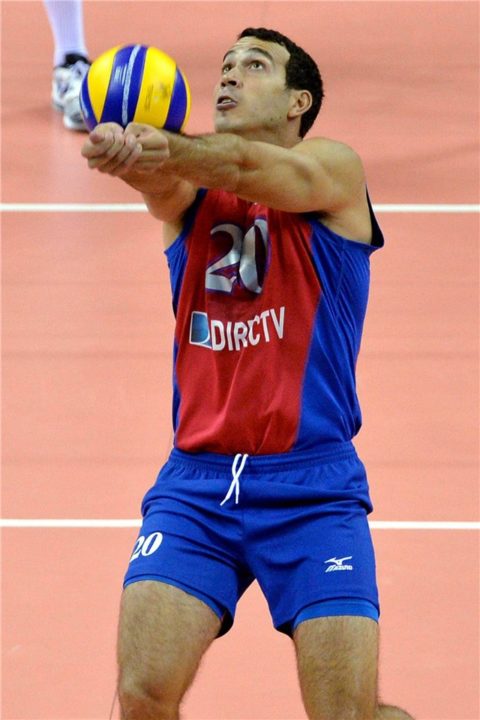 Hurricane Maria damages forced Puerto Rico's domestic league to shut down its season. As a result, the transfer market is full of experienced Puerto Rican players looking for a job. Current Photo via FIVB

Another Puerto Rican setter is leaving the Island after Hurricane Maria damages forced its domestic league to shut down its season. After Angel Perez left for Milan, the Hellenic Volleyball Federation has announced in its official website that one of its top tier league teams, Pamvochaikos, has signed Puerto Rican setter Fernando Morales to a contract. He will take the place of Brazilian Ricardo Peroni, whose last performances did not please the team.

An experienced player, Morales was elected the best setter of the Pan American Cup twice (2007-2009), the best setter for the Puerto Rican league three times (2008, 2009, 2010), as well as its MVP in 2008. His last relevant European season was with Russia’s A1 squad Enisey Krasnoyarks in 2013-2014. He also took a sabbatical from indoor volleyball to try to qualify for the 2016 Rio Olympic Games in beach volleyball:

Morales will have a tough assignment in his new club. Through the first four games of the season, Pamvoichaikos is currently dead last in the standings of Greece’s A1 league, having lost all of its four games thus far. He will be joined in his efforts by USA’s Trevor Weiskircher, who just recently graduated from Lewis University, a DII program.