Azerbaijan Stays Perfect at Home in Sweep of Denmark 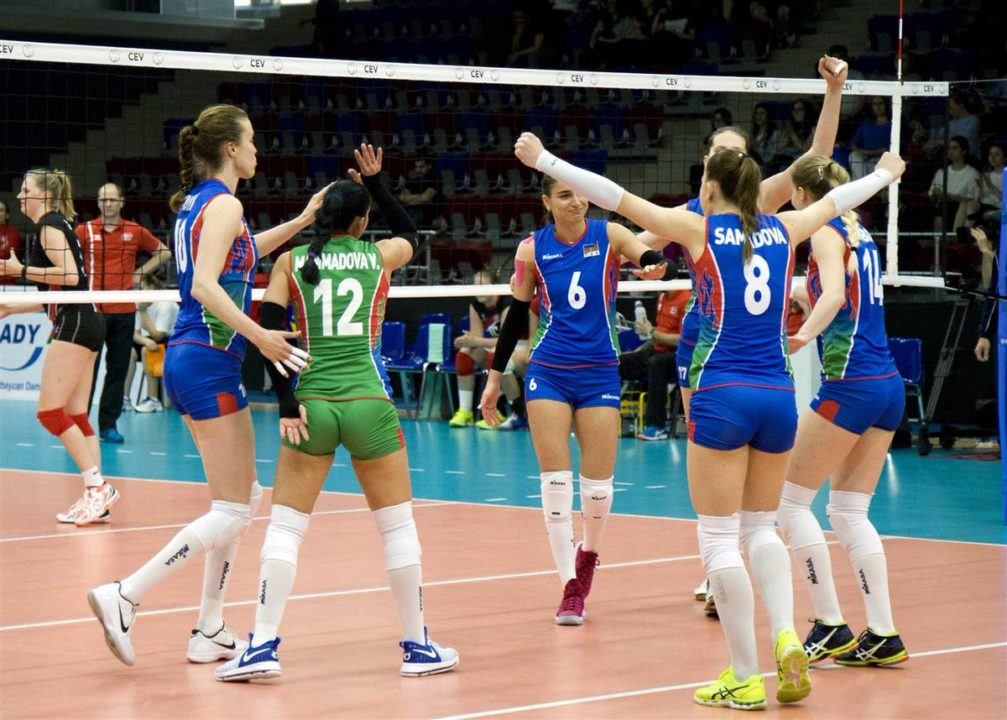 Results in Baku, Azerbaijan were as expected as the favorites came through Day 3 of action unscathed.

No. 5 Netherlands downed Israel in four sets, No. 12 Azerbaijan swept Denmark and No. 19 Ukraine edged Norway in four sets.

The Dutch and host Azerbaijan are 3-0, while Ukraine is now 2-1.

“I am absolutely pleased with my team,” Norwegian coach Odd Atle Ekerhovd said. “We played really well against an opponent as strong as Ukraine. My players showed very dynamic Volleyball and I can say that we are improving our game with each match. I hope we will continue in the same way for the remainder of the tournament.”

Norway outblocked Ukraine 4-2 and outserved their foes 7-6, but committed 33 errors to just 22 for the Ukrainians in the loss.

Hilde Elvebakk racked up a match-high 20 points, including 17 kills and two aces, while Julie Heile Mikaelsen added 13 points, all on kills.

The hosts had little trouble getting past Denmark, posting a 25-12, 25-14, 25-14 win despite resting star Natalya Mammadova.

Seven blocks and 12 aces aided Azerbaijan in the victory, while Polina Rahimova turned in a match-high 29 points, including 10 aces and 18 kills to lead the way.

“We have good players also among our substitutes and the coaching staff decided to give an opportunity to every player on the team, so that they all can feel the rhythm of the game,” Rahimova said. “Now we need to step up and prepare as good as we can for the next matches with Israel and the Netherlands.”

Yelyzaveta Samadova added 11 points for Azerbaijan, which hit at a 55 percent clip for the match.

The Israelis did not fade away despite trailing 2-0 in the match, jumping ahead 15-12 in Set 3 and overcoming a 17-16 deficit to grab the 25-22 win and extend the match. Israel managed four blocks and four aces in the victory. The Netherlands, however, capitalized on nine Israeli miscues in the final stanza to cruise to the 25-15 win.

Anna Velikiy racked up a match-high 22 points for Israel, with 18 kills, three aces and a block.