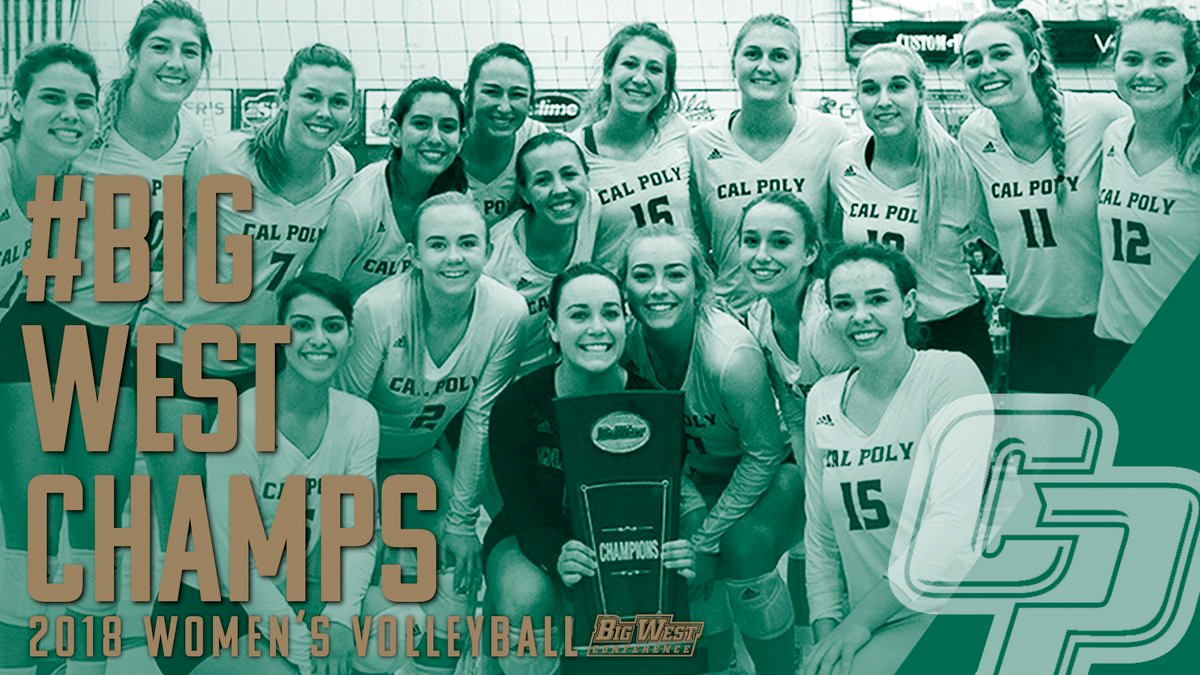 For the second consecutive year, the Cal Poly volleyball team has won the Big West conference and clinched a spot in this year's NCAA Tournament after sweeping UC Riverside (25-17, 25-11, 25-14) Friday  Current Photo via Big West Conference

SAN LUIS OBISPO, Calif. — For the second consecutive year, the Cal Poly volleyball team has won the Big West conference and clinched a spot in this year’s NCAA Tournament after sweeping UC Riverside (25-17, 25-11, 25-14) Friday in front of over 1,000 fans at Mott Athletics Center.

With the win, the No. 15 Mustangs (24-2, 14-1 BWC) clinched at least a share of the Big West title with a chance to clinch it Saturday with a win over Cal State Fullerton. It is the fifth conference title in program history and the first back-to-back conference titles since 2006-07.

Cal Poly got out to a quick start to begin the first set, taking a 9-3 advantage early. UC Riverside was able to then cut the lead to 11-8. However, the Mustangs then rolled off four straight points to regain control with a 15-8 lead. They never looked back from there, going up by as much as eight. Up 24-17, a kill by Torrey Van Winden sealed the set 25-17.

Cal Poly kept their strong play going right out of the gates to begin the second set. The Mustangs scored the first eight points of the set and led 15-4 at one point. With Cal Poly up 17-5, the Highlanders cut the lead to eight with a 5-1 run. The Mustangs then finished the set by scoring seven of the next eight points to win 25-11.

The third set was much closer early than either of the first two. However, tied at 10, Cal Poly rattled off seven consecutive points to break away with a 17-10 lead. UC Riverside was then able to cut it to 17-13 but Cal Poly then scored six straight points to take a decisive 23-13 lead. Up 24-14, an attack error by the Highlanders completed the sweep, securing the Mustangs’ second straight Big West title and NCAA Tournament berth.

Cal Poly will have a chance to clinch the Big West Saturday night at 7 p.m. when it takes on the Titans of Cal State Fullerton in the regular season finale. Saturday will also be senior night, where both Adlee Van Winden and Katherine Brouker will have their Cal Poly careers honored before the start of the match.

SAN LUIS OBISPO, Calif.— The final weekend of the 2018 season for the UC Riverside Women’s Volleyball Team started with a 3-0 loss on the road at Cal Poly. The Mustangs continue to dominate the conference with a 24-2, 14-1 record.

The 1st set was the closest contest for the Highlanders as they earned the first point of the match on a block by Yuliya Ushakova and Christina Escamilla.

The season will come to a close Saturday night as the Highlanders take on UC Santa Barbara.