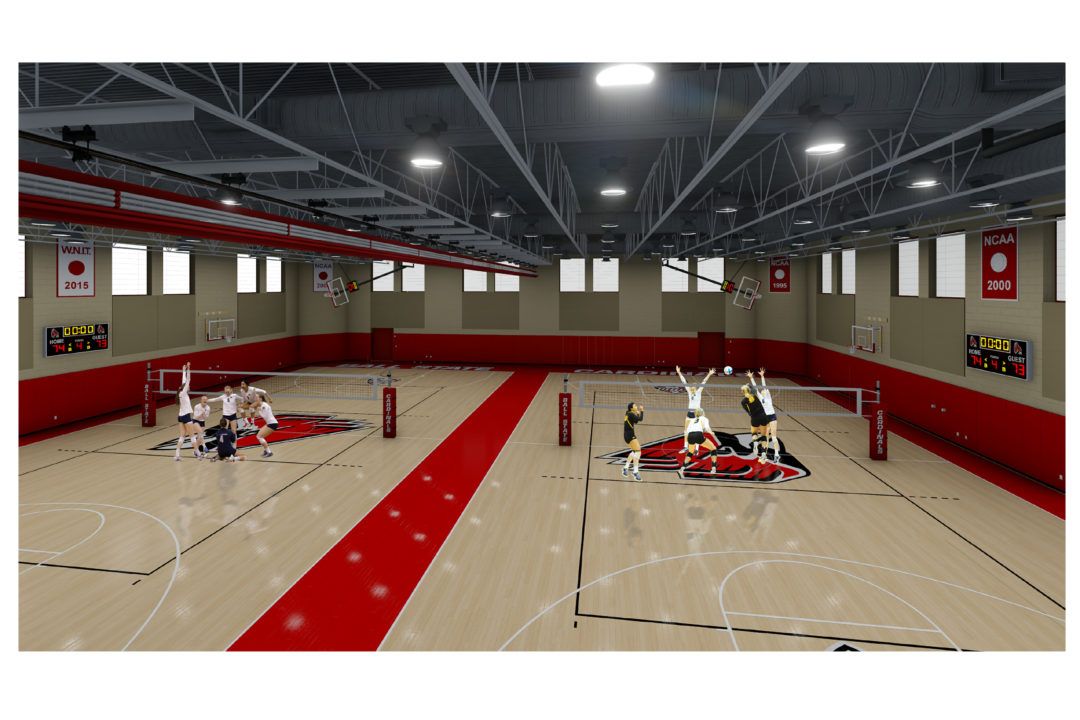 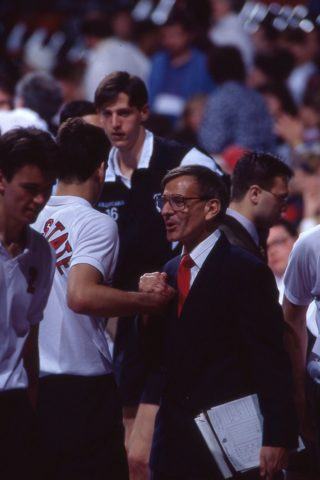 Ball State Athletics honored a volleyball legend and began the next step in building a first-class athletics practice facility, at the groundbreaking ceremony for the Dr. Don Shondell Practice Center in Muncie, Indiana, on Friday.

The 19,000-square foot facility, which will be built adjacent to Worthen Arena, will provide a practice venue for the Cardinal men’s and women’s basketball and men’s and women’s volleyball teams. It will include two basketball/volleyball courts, a study room with tiered seating for meetings and film review, an athletic training room and two meeting rooms overlooking the practice courts.

The facility, which will be completed in the summer of 2018, was funded as part of the $20 million Cardinal Commitment campaign.

In September 2016, the Ball State Board of Trustees approved the naming of the facility in honor of long time men’s volleyball coach and BSU Athletics Hall of Famer Dr. Don Shondell, a 1952 alumnus, who “has established a legacy almost unmatched by any other individual in college volleyball history.”

“We are grateful for the support of the many alumni and friends who have made this facility a reality,” said Mark Sandy, director of athletics, said. “And what better statement could be made about the value of athletics in providing our student-athletes opportunities for academic excellence, leadership and community engagement, than to name this facility for one of the finest individuals Ball State has known.”

Shondell started the men’s club team at Ball State in 1960 and was instrumental in men’s volleyball becoming a varsity sport at the school in 1964. Over the next 34 years, Shondell’s squads won 20 Midwest Intercollegiate Volleyball Association (MIVA) titles and earned 13 NCAA Tournament berths. With a 769–280–6 record, the eight-time MIVA Coach of the Year ranks second all-time in NCAA men’s volleyball history and boasts the most wins by a coach in any sport in Ball State athletics history. Shondell received the Mikasa Lifetime Achievement Award in 1989 and was named to the American Volleyball Coaches Association Hall of Fame’s inaugural class in 2003.

In his nearly 40 years at Ball State, Shondell coached many players who went on to be Division I head coaches on the men’s and women’s sides, including USC women’s coach Mick Haley, Ohio State men’s coach Pete Hanson, Kentucky women’s coach Craig Skinner, and retired Ohio State women’s coach Jim Stone. Shondell’s sons Dave and John are the head coach and associate head coach for the Purdue women, while his son Steve retired as head coach of the Ball State women in March 2016, following a six-year stint with the Cardinals and a Hall of Fame career as a high school coach in Muncie.

Dr. Don Shondell and his son Steve Shondell both are members of the Ball State Athletics Hall of Fame. Dr. Don was inducted in the 1983-84 class, while Steve was part of the class of 2004-05. Steve, Dave and John Shondell all played for their father on the Ball State men’s team before his retirement in 1998.

“I am very excited that the Shondell Practice Center construction continues to move forward,” men’s volleyball coach Joel Walton said. “The additional practice space will create better time slots for my team to practice, allowing fewer conflicts when our players are scheduling their classes. We are also excited to use this space for camps and clinics. The team room is going to be a great space for our pregame and post-match team meetings and an ideal place to review video. I am very excited that the space will honor Don Shondell and what he has meant to volleyball not only here at Ball State, but throughout the entire country.”

Walton was a four-year letterwinner under Shondell and acted as his recruiting coordinator for eight seasons before taking over the program in 1998.

The Ball State men are currently ranked No. 12 nationally.