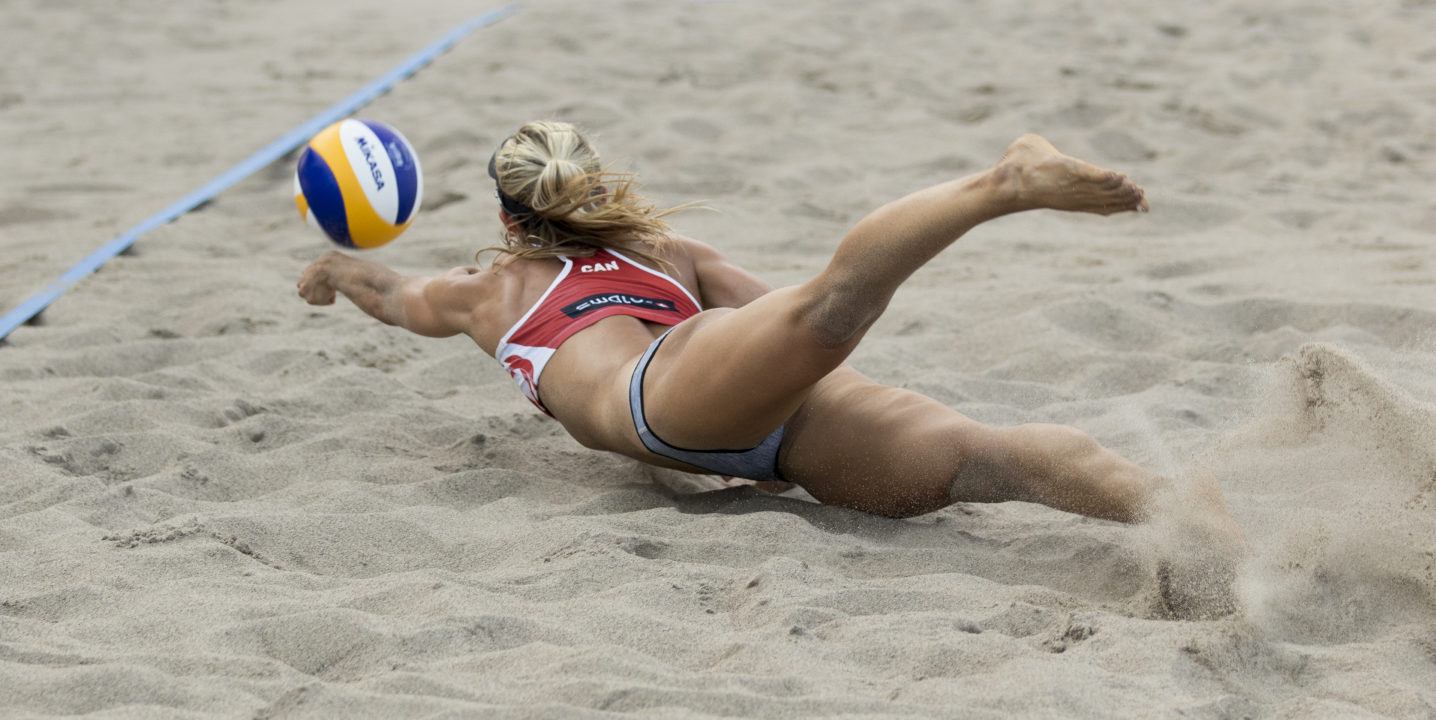 Bansley and Wilkerson easily swept Melissa Humana-Paredes and Sarah Pavan in a quick 35 minute match 2-0 (23-21, 21-13). Pavan and Bansley split up after their fifth place finish at the Olympics.

The match was forced by the fact that Bansley and Pavan, who played to the quarterfinals of the Olympics last month, decided to split up – before they knew that Toronto would be hosting this event, and before they knew that they’d be assured of a qualifying spot as the host nation. In the words of Pavan, the duo at the top of Canadian volleyball felt that they had “maxed out their capacity as a pair.”

Bansley and Wilkerson will play Laura Giombini and Marta Menegatti of Italy before taking on Chantal Laboureur and Julia Sude of Germany to close out Pool D play.