With its new signings, Barueri puts itself among Superliga title's favorites Current Photo via FIVB

Hinode/Barueri is making moves to beef up its roster for the 2017/2018 season. After signing Polish superstar Katarzyna Skowronska to a contract earlier in the summer, it announced it has reached a verbal agreement with two times Olympic gold medalist Thaisa Daher, who will be joining the team on a loan from Turkey’s Eczasibasi. Thaisa has been using Barueri’s training facilities to recover from a gruesome injury while playing in the CEV Champions League for Eczasibasi. In Barueri, she will be coached by her national team coach, José Roberto Guimarães. She should be ready to debut for her new club as soon as January.

She has recently published some training videos with national teamer setter Danielle Lins, who is five months pregnant, in her personal Instagram page:

Thaisa has won at every level of competition she has played in. Besides her two Olympic games victory,she won the following titles with the Brazilian national team:

At the club level, she won the following titles:

Another Barueri new hire is 33 year old Jaqueline Carvalho, also a two time Olympic gold medalist. She is transferring from Minas Tênis Clube, a team she helped finish last season’s Superliga in 4th place. Jaqueline has been a constant figure in Brazil’s national team since her debut with it in 2001. In addition to her two gold medals, she won the following titles with the squad:

At the club level, she won the following titles:

Lastly, Barueri signed young setter Francine Tomazoni after she was laid off following Rio do Sul’s drop out of Superliga due to financial reasons. The young setter won a Superliga title with Bernadinho’s Unilever/RJ in the 2014/2015 season and was a runner up with Dentil Praia Clube/Uberlândia in 2015/2016. 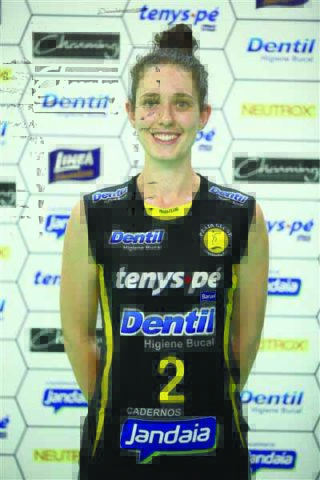