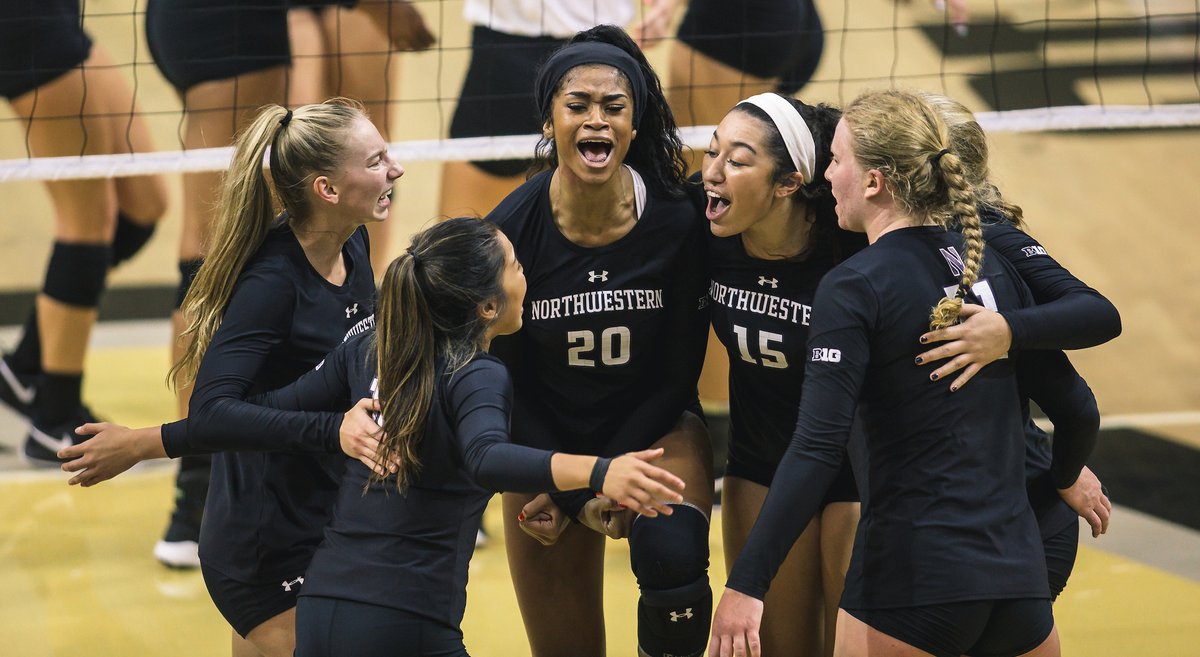 All six home sides held court on Friday in the Big Ten, including upset wins by Indiana and Northwestern, who moved past Ohio State and Michigan State respectively. Illinois and Wisconsin each went the distance for wins over Michigan and Nebraska.  Current Photo via Northwestern Athletics

All six home sides held court on Friday in the Big Ten, including upset wins by Indiana and Northwestern, who moved past Ohio State and Michigan State respectively. Minnesota stayed perfect with a sweep of Iowa, while Illinois and Wisconsin outlasted Michigan and Nebraska. Purdue held on for a four-set win over Maryland.