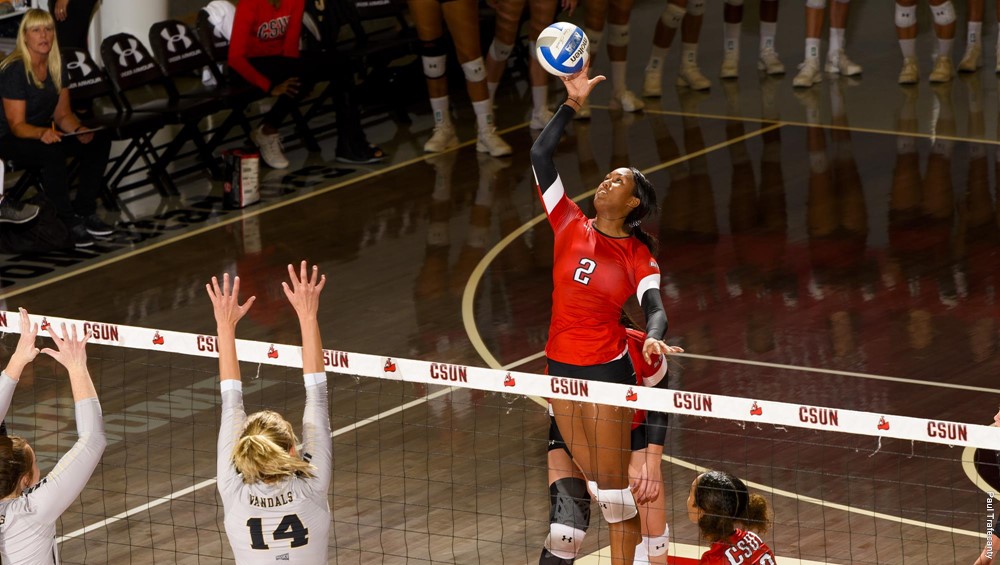 • The senior posted her seventh 20-kill match this season with 22 against the Aggies.  She added 12 digs for her ninth double-double of the season, chipping in a block while hitting .263.

• Owens received two Freshman Player of the Week nods in 2015.

ABBY MARJAMA, UC IRVINE
OH • Granite Bay, Calif. • Granite Bay HS
• For the fourth time in a six-week period, UC Irvine outside hitter Abby Marjama claimed Freshman Player of the Week accolades.
• She continued to be the catalyst for Anteater success, averaging 3.25 kills, 3.00 digs and 0.50 aces in a pair of four-set wins over CSUN and Long Beach State.
• Marjama led the charge against CSUN with a career-high tying 15 kills to go along with six digs, two aces and a block.
• She added 11 kills and a career-best 18 digs versus the Beach.  She fired off another two aces and added another block as the Anteaters moved to 8-2 in Big West play.
• Marjama has had two or more aces in 10 matches this season.

• Madilyn Mercer earned her first career Defensive Player of the Week award with a mammoth performance at the net for Cal Poly in a first place showdown at Hawai‘i.

• Despite a five-set loss, Mercer was a force against the Rainbow Wahine attack as she tallied a career-high 11 blocks.

• The sophomore came up just two shy of tying the program record for most block assists in a match.

• She is now averaging a team-best 1.11 blocks per set this season.

Defensive #BWCAOTW to @CalPolyVolley after a career-high 11 blocks on the road.