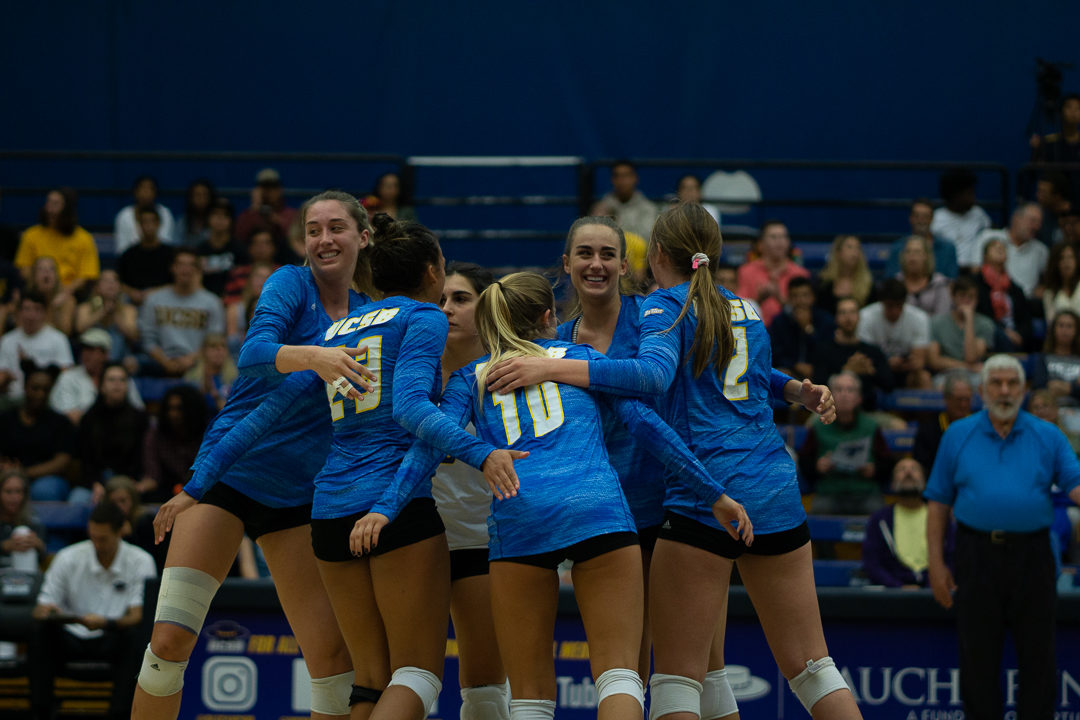 Big West Oct. 27, 2018 Cal Poly had its 18-match win streak snapped by Hawaii on Friday, but gained an... Current Photo via UCSB Athletics

Cal Poly had its 18-match win streak snapped by Hawaii on Friday, but gained an advantage on the Rainbow Wahine as UCSB swept them on the island on Sunday.