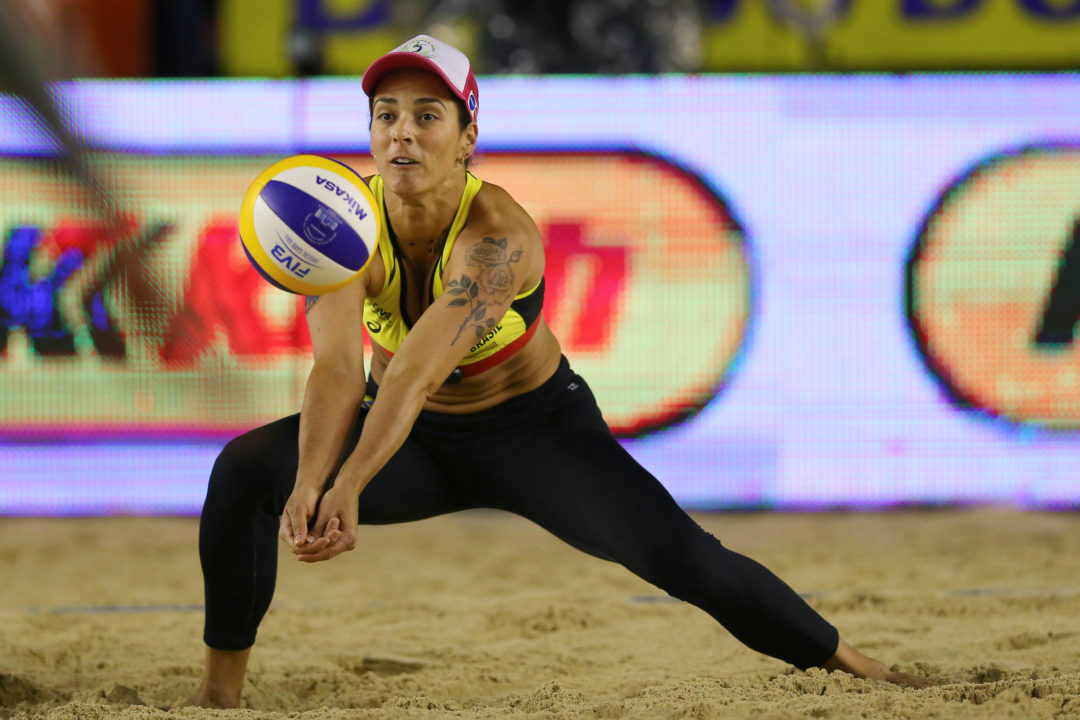 The medal matches are set for Sunday morning with Brazilian teams vying for both the gold and bronze on both the men’s and women’s sides.

No. 7 seed Agatha Bednarczuk/Duda Lisboa (Brazil) will take on No. 11 Joana Heidrich/Anouk Verge-Depre (Switzerland) for the women’s gold, while countrywomen No. 5 Maria Antonelli/Carol Salgado (Brazil) will face No. 9 seed Heather Bansley/Brandie Wilkerson (Canada) for the bronze.

Heidrich/Verge-Depre earned their spot in the finals with three-set wins over No. 16 Karla Borger/Margareta Kozuch (Germany) in the quarterfinals and Bansley/Wilkerson in the semifinals. In the semis, the Swiss had to overcome a 21-15 set 1 loss, rallying for 21-15 and 15-13 wins.

Maria Antonelli/Carol edged past Krystina Kolocova/Michala Kvapilova after dropping the opening set 28-26. The pair then fell victim to countrywomen Agatha/Duda 21-17, 17-21, 15-8 in the semis.

On the men’s side, No. 1 Evandro/Andre (Brazil) will face No. 9 Anders Berntsen Mol/Christian Sorum (Norway) for the gold, while No. 6 Vitor Felipe/Guto Carvalhaes (Brazil) will meet No. 3 Piotr Kantor/Bartosz Losiak (Poland) for the bronze.