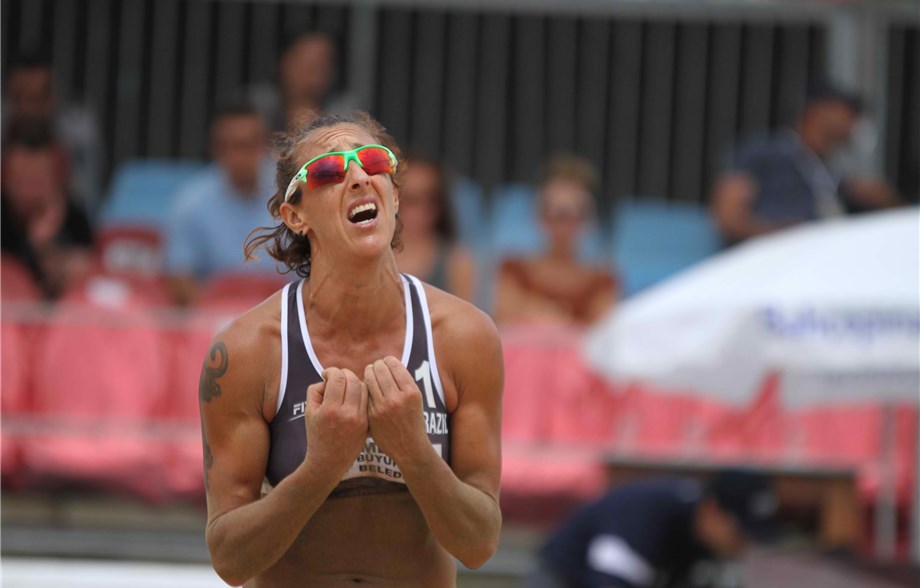 Brazil's Josemari Alves and Liliane Maestrini won their first ever FIVB gold with six-straight wins at the Nantong Open two-star on Sunday.  Current Photo via FIVB

Brazil’s Josemari Alves and Liliane Maestrini won their first ever FIVB gold with six-straight wins at the Nantong Open two-star on Sunday.

In the Round of 16, the duo bested American qualifiers McKenna Thibodeau/Madison Witt in straight sets.

From there, it was on to the quarterfinals, where the Brazilians took on No. 4 seed Ieva Dumbauskaite/Irina Zobnina, winning via sweep.

Once in Sunday’s semifinals, next on the checklist was a matchup with Australia’s No. 6 Jessyka Ngauamo/Phoebe Bell. The pair registering its third straight set win.

On the other side of the bracket, Zuccarelli/Traballi defeated Japan’s No. 5 Ayumi Kusano/Takemi Nishibori in the semis to earn a shot at the gold medal.

In the final, it was a battle between the two Pool B foes, just like in the second round of pool play. Unlike that meeting, which saw Italy win the opening stanza of the 16-21, 21-14, 15-10 victory for the Brazilians, Josi/Lili struck first in the championship match. The victors won 21-13, 19-21, 15-12 to claim their first gold. All was not lost for the Italians, which earned their first ever FIVB podium finish as a pair.

Ngauamo/Bell picked up the bronze with a straight set win over Kusano/Take. It was the pair’s second podium finish of the season, following bronze at the Langkawi One-Star on April 29. 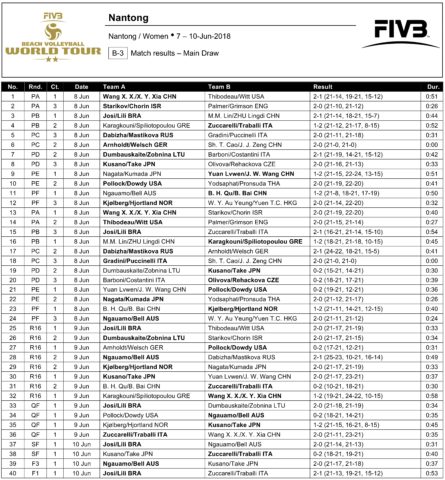