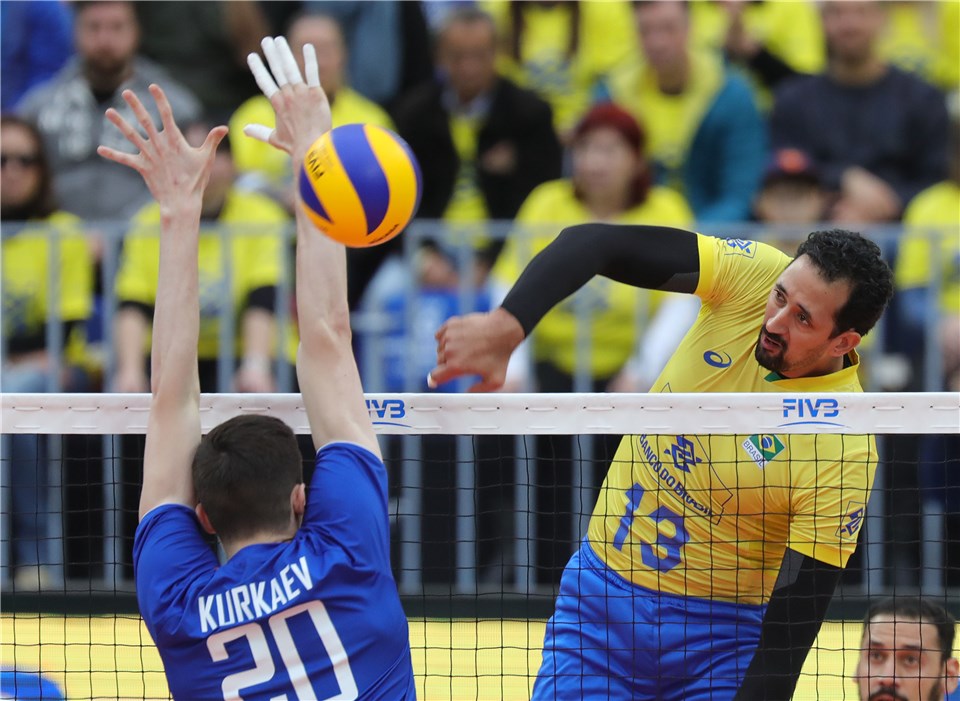 Brazil’s Maurício Souza has been ruled out of VNL’s preliminary phase with an abdominal muscle injury. The Olympic gold medalist has been one of Brazil’s starting middle blockers in the tournament. The Brazilian Volleyball Federation released the player’s statement after he got hold of the news:

“An injury is always something distressing. Now I have to focus on recovering, so I can come back to help my team as soon as possible. Meanwhile, I know that the team’s other middle blockers will be up to the challenge. The national team is my home, and these guys are my brothers. I trust all of them very much.”

Brazil’s medical and coaching staff also commented on the news:

“Mauricio has already started with physiotherapy work. He is now entirely focused on his recovery. He’ll do about 6-8 hours of rehab every day. Our main goal is for him to be ready for VNL’s Final 6 Playoffs. His recovery time should hover at about three weeks.” – Physiotherapist Matheus Cardoso

“It’s a pity not being able to have Maurício with us, specially at this difficult stage of the tournament. Without a doubt, he is the kind of player that leaves a hole in your roster. However, we still have three other great middle blockers that will certainly be up to the task of covering for him.” – Coach Renan Dal Zotto

Brazil currently ranks 2nd in VNL’s standings, with an 8-1 record.