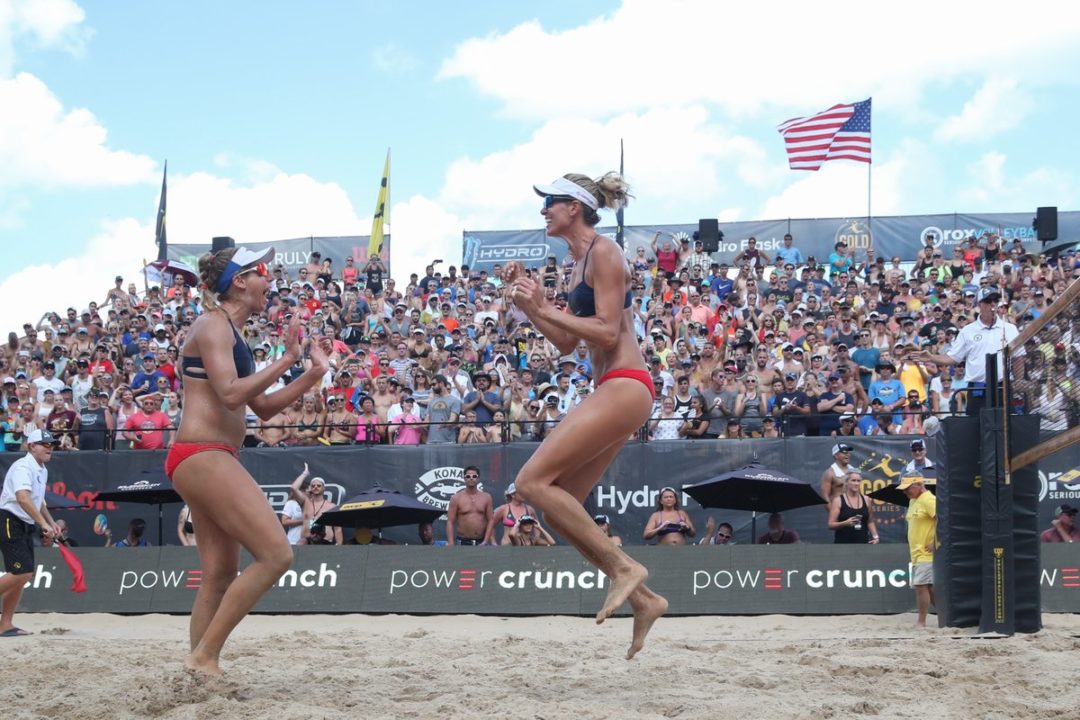 No. 3 seed Alix Klineman/April Ross claimed their third AVP title of the season and a $25,000 payday by winning the AVP Gold Series Championship in Chicago on Sunday.  Current Photo via AVP

With a 25-23, 21-16 win over top seeded Sara Hughes/Summer Ross, the duo added more hardware to their trophy case alongside AVP Austin (May 20) and AVP Manhattan Beach (Aug. 19) titles.

Klineman/Ross was on point offensively, committing just four errors, hitting .607 in the match. Ross downed 22 kills and chipped in 12 digs and three aces, while hitting .576. Klineman did her job at the net with 13 kills on a .667 effort (13-1-18) to go with two blocks and two digs.

Ross notched 18 kills, five and two aces in the win, while Klineman added 10 putaways, three digs and two aces. Claes downed 18 kills and Hochevar tacked on nine, but the team only earned one more point on its own, a single ace by Claes in Set 1.

Cannon/Sponcil, who played eight matches in the main draw plus two in qualifying (24 sets total), gave away just six points on errors, but couldn’t compete with Ross/Hughes’ offensive numbers. Cannon downed 14 kills and added six digs, four blocks and an ace, while hitting .320 (14-6-25). Sponcil pulled up 11 digs and posted seven kills at a .412 clip (7-0-17).

The third place finishers do not go home empty handed, pocketing $10,500 a pair.