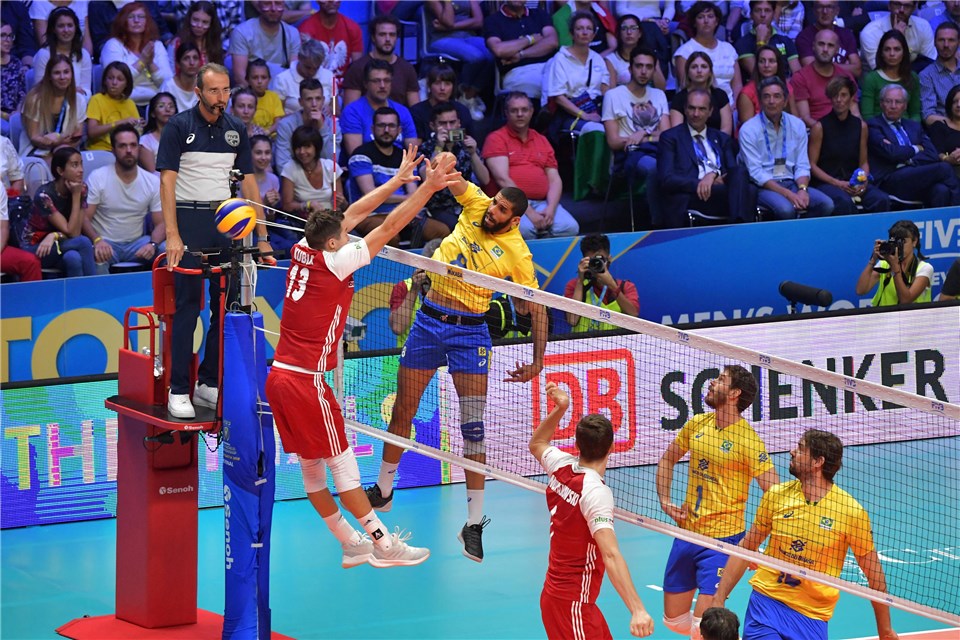 Wallace and Kurek have come out with hot hands for Brazil and Poland in the first set. Current Photo via FIVB

Poland took set 1 of the FIVB Men’s Championship final in a tight 28-26 affair. While questions surrounded who Brazil will use at setter (Bruno got the nod), familiar faces set themselves apart in the first set. Wallace De Souza and Bartosz Kurek has solid performances in the first set as their times tried to claim an early lead in the match.

Kurek, who scored 29 points in a semifinal win over the United States on Saturday is pacing his team with a match-high 9 points in the first set. He has hit 67% on his way to 6 kills. The opposite for Poland also has put in2 blocks and 1 ace.

Wallace has also put 6 kills into the stat page to lead Brazil. Unlike Kurek, Wallace has not scored in any other statistical categories. He has posted 55% attack average thus far in the match.

Both teams have put the same lineups back on the floor to start the second set as they did the first.