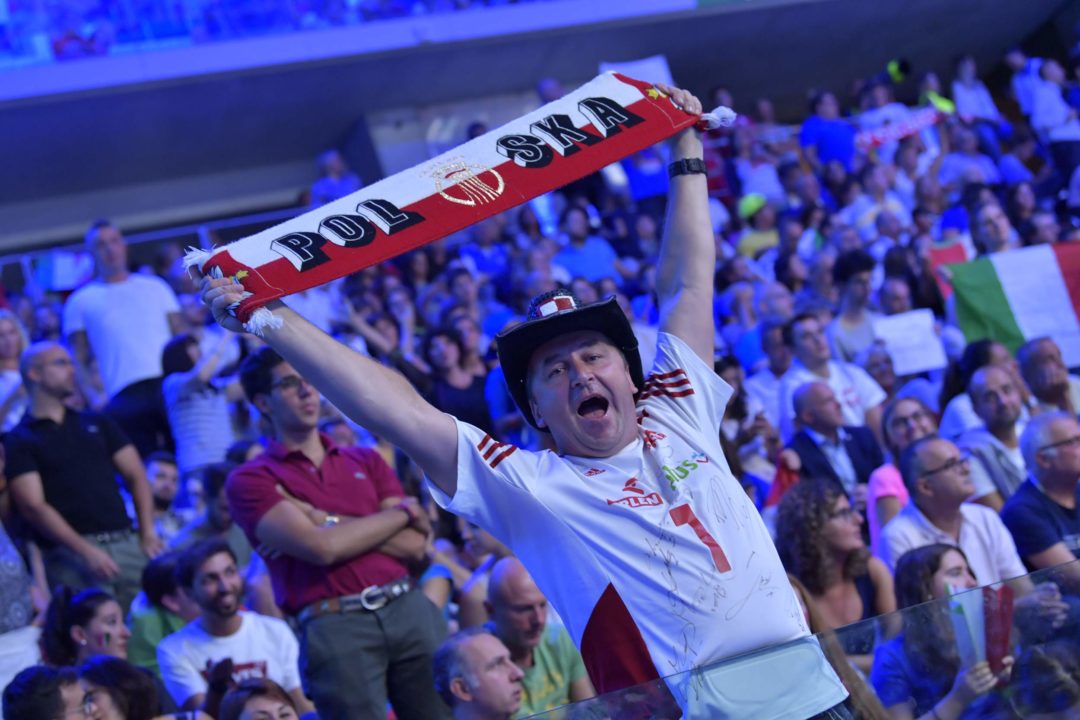 Poland played spoiler on Friday by winning 2 sets against Italy and cementing the semi-final matchups for Saturday. Current Photo via FIVB

Coming into Friday’s games, the last matches of the 3rd round of the 2018 FIVB Men’s Volleyball World Championship tournament, the two teams that would advance out of Pool J were still up-in-the-air, and Italy needing a dominant performance over Poland (a 3-0 sweep, plus a positive points ratio) to advance, Poland secured their spot by pulverizing the Italians 25-14 in the opening set.

Brazil and the US in Pool I played one last match for seeding, but as the early match, and without knowing how Pool J was going to shake out, there was no known advantage one-way-or-the-other, so both teams played reserves, and Brazil won 3-0, giving the US their first loss of the tournament.

So, the schedule is set: Brazil will play Serbia on Saturday in the early semi-final, while Poland will play the USA in the later match. The winners will advance to Sunday’s gold medal game, while the losers will play for bronze.

With that, the three pre-tournament bookmakers’ favorites (France, Italy, Russia) were all eliminated, though the world’s top-3 ranked teams (Brazil, US, Poland) are all still playing.