Bulgaria To Use Balanced Roster for the 2017 W. European Championship 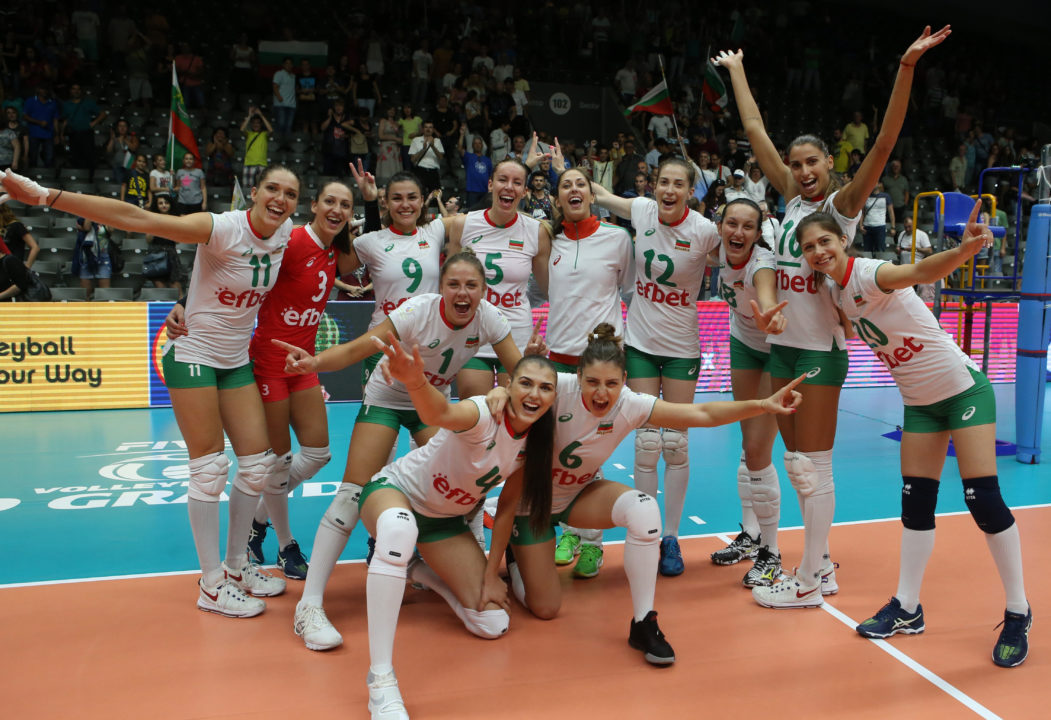 Female Bulgarian volleyball’s greatest successes came more than three decades ago, when it won bronze at the Moscow 1980 Olympic Games and gold at the 1981 European Championship. Recently, it hasn’t held up to its relevant past. In the last few years, it had become a one person team, with lone star Elitsa Vasileva being the only international level player on its roster.

However, this has changed for the best, as more players have developed from its youth teams and are ready to shine in the senior circuit. Such is the case of Gergana Dimitrova, who is currently having a super FIVB Women’s U23 World Championships performance, and will also be wearing the national team’s colors for the adult squad. Thus, Bulgaria hopes to slowly rebuild its way up to become once again relevant in European volleyball. Even though it has risen to 17th place in FIVB’s rankings, it has recently hit a roadblock in its goals, with an underachieving 2017 Grand Prix performance, where it finished in a disappointing 17th place (5th place in Group 2). A respectable performance at the 2017 CEV European Championship is fundamental for the team to get back on track.

Bulgaria’s roster will be spearheaded by Dinamo Kazan’s Elitsa Vasileva, the team’s superstar. Volero Zurich‘s Dobriana Rabadzhieva and Galatasaray‘s Hristina Ruseva will be joining her as the team’s veteran leaders. In addition, experienced players such as Eva Yaneva, who has played for European powerhouses such as Dynamo Kazan and Dynamo Moscow in the past, and Emiliya Dmitrova, who had a very nice stint with Imoco Conegliano’s superteam in the Italian League, will also fill important roles within the team. Yaneva was key player for the squad in the past, having captained it on occasions. In 2011, she was banned from participating in the 2011 Women’s European Volleyball Championship due to supposed disciplinary breaches, but has since then been reinstated.

Bulgaria will be coached by Ivan Seferinov, who is household name in Bulgarian volleyball, having participated in the Olympic games with the men’s team as a player, and later, having a successful domestic league career as a coach. Bulgaria will play its first game Sept. 23 against Turkey, in a match for Pool C, which also has Russia and Ukraine in it.

Here is the expanded roster: