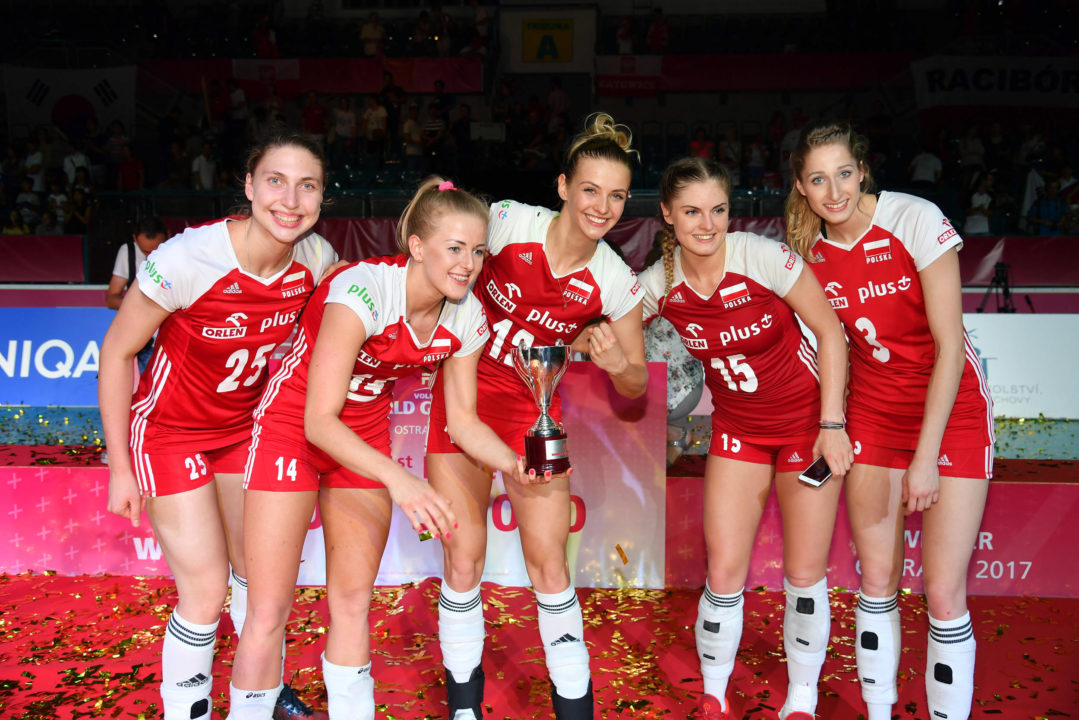 More recently Poland has won back-to-back gold medals at the European Championships in 2003 and 2005, followed by a bronze in 2009, behind Katarzyna Skowronska’s superb play, probably the best Polish female volleyball player to have played the game. Katarzyna, still active, but retired from the national team due to age, has left a big void in the team that is yet to be filled.

To solve this, coach Jacek Nawrocki kick-started an effort to rebuild Polish women’s volleyball. To make this happen, he hopes to develop Poland’s youth players. It will be a slow process, but Poland has already managed to win Group 2 of this year’s Grand Prix, which is good enough for 13th place overall, a result that is much better than its actual FIVB ranking (22nd), but even more importantly, a result that guarantees its promotion to Group A for the next Grand Prix.

The players called upon by coach Nawrocki are having a solid 2017. In Poland’ 2017 Grand Prix’s Group 2 run, several national teamers appeared in the list of the tournament’s stats leaders. Grajber Martyna was its best receiver, with an average of 70.0%. Agata Witkowska was its best digger wit 5.14 digs per set, and its 2nd best receiver, with an efficiency of 69.23%. Agnieszka Kakowleska was the competition’s 3rd highest scorer and 2nd best blocker, with 0.86 blocks per set. Malwina Smarzek was the tournament’s sixth most efficient spiker, with a 32.81% efficiency. Zuzanna Efimienko was its third best blocker, with 0.86 blocks per set. Finally, Joanna Wolosz was its 2nd best setter, with an average of 10.86 running sets per set.

Here is the full extended roster: