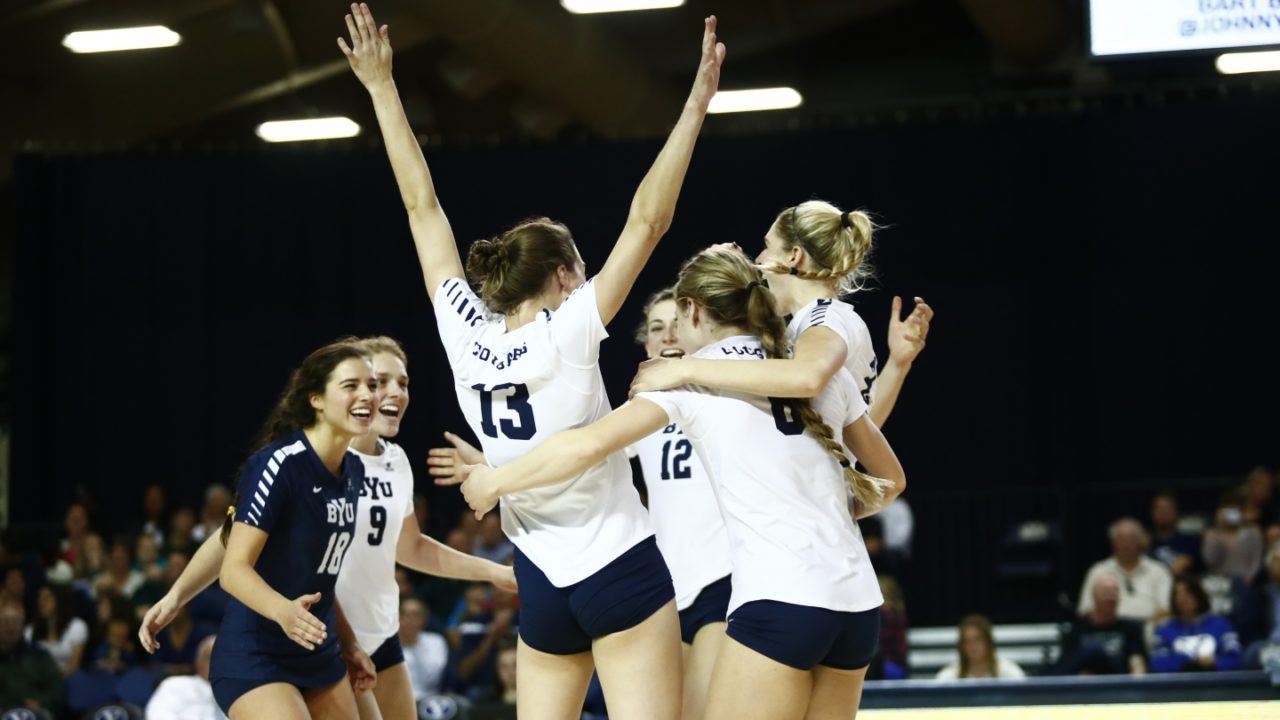 The 13th seeded BYU takes down American in three sets to advance to the second round of the NCAA Tournament. Current Photo via BYU Photo

The 13th seeded BYU takes down American in three sets to advance to the second round of the NCAA Tournament.

American took an early 6-3 lead in the first set, but the Cougars easily caught back up with an 8-0 run that left them ahead 11-6. BYU only gave up five more points in the first set to set the tone for the match. In the second set, BYU came out to a strong 5-0 lead and continued to tack onto that lead until 24-13. The Eagles then rattled off four straight points before the Cougars finished things off at 25-17. The final set of the match started again with the Cougars forging ahead with a large lead until they were at 24-11. American went on a five-point run before a McKenna Miller kill ended things at 25-16.

Three Cougars posted double-digit kills in the sweep over American – Veronica Jones-Perry (13), Miller (11) and Cosy Burnett (10). Setter Lyndie Haddock dished out 37 assists and 10 digs for a double-double while Mary Lake picked up a match-best 20 digs.

For American, Aleksandra Kazala posted eight kills in the loss along with 13 digs while Kristen Largay picked up another 12 digs.

Oregon played a determined Kennesaw State in the first round of the tournament, to which they won in a tough three-set matchup.

The first set was a tight race late in the set, with the Owls taking set point at 26-25 but a Lauren Page kill sparked a three-point run for the Ducks that ended the first 28-26. The second set started off close but the Ducks were able to take a small lead and keep it throughout the second set before taking the set 25-19. Oregon jumped out to the lead early in the third and didn’t look back to take the match 25-18.

The Ducks were led by Taylor Agost with 11 kills while Lindsey Vander Weide and Jolie Rasmussen recorded seven kills apiece. Vander Weide also picked up 11 digs on the night along with Alex Hognar‘s 11.

Kennesaw State was led by Sydni Shelton with 10 kills while Lauren Chastang put down nine. Katarina Morton and Maddie Jones picked up 15 and 10 digs, respectively.

BYU will take on Oregon on Saturday at 7 PM in Provo, Utah in the second round of the NCAA Tournament