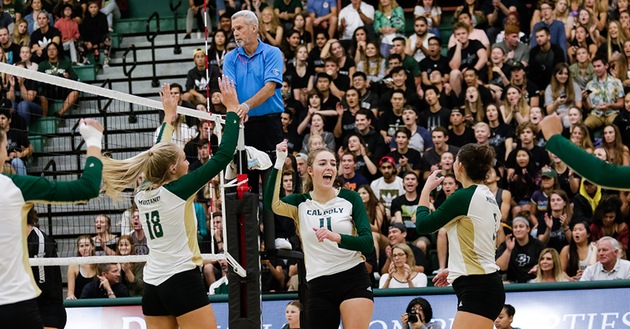 Van Winden is the second consecutive Mustang to earn Big West Conference Player of the Year as former teammate Taylor Nelson became just the second setter in 18 years to earn the distinction. The junior from Napa, Calif., ranks second in the conference and third in the country in kills per set with a 5.07 average.  She also paces the league with a .365 hitting percentage. Van Winden, who helped Cal Poly capture its second straight conference title, ranks third in the nation with a 5.74 points per set average and 18th with a total of 528.5 total points. She captured four Big West Conference Player of the Week accolades during the 2018 season. With this year’s honor, Van Winden becomes Cal Poly’s fifth Big West Player of the Year recipient.

DeNeochea had the tough task of filling the void of Cal Poly setter Taylor Nelson, who was named 2017 Big West Player of the Year, but she seemed to pick up where Nelson left off as she averaged 10.32 assists per contest, earning her Big West Co-Freshman of the Year honors.  Thanks to her efforts, Cal Poly paced the league and ranked 33rd in the nation with a 12.95 assists average and captured its second straight conference title.  The San Diego, Calif., native collected three Big West Freshman of the Week awards during the season. DeNeochea becomes the fifth Mustang to earn freshman of the year distinction and the first since Adlee Van Winden nabbed the honor in 2015.

In her first season at UC Irvine, Marjama paced the league in service aces and ranked 28th nationally with a .43 aces per set average, helping her secure Big West Co-Freshman of the Year honors. In conference-only contests, the six-foot outside hitter was a catalyst for the Anteater offense as she averaged 3.08 kills per set to rank eighth in the conference.  Marjama registered four Big West Freshman of the Week awards over the course of the season, the most of any newcomer.   The Granite Bay, Calif., native becomes just the second Anteater to receive freshman of the year accolades, joining Kari Pestolesi, who nabbed the award in 2007.

Abby is the 2nd Anteater to be crowned the honor in UCI history! #TogetherWeZot pic.twitter.com/rBIeE480P5

Crosson, in his seventh season at the helm of the Mustangs’ women’s volleyball program, claimed his second straight Big West Coach of the Year award after guiding Cal Poly to back-to-back conference championships for the second time in school history.  Cal Poly concluded the 2018 regular season with a 15-1 overall mark and an overall record of 25-2. Cal Poly’s two losses were against then-ranked No. 20 Pittsburgh and Hawai’i.  The Mustangs closed out the regular season riding a 21-match home win streak. The No. 14 Mustangs, who were ranked in the AVCA Top 25 poll all season, dominated their opponents as they swept the opposition in 18 of their 27 victories.   Crosson is the second coach in Cal Poly history to earn back-to-back coach of the year distinction as Jon Stevenson did so back in 2006 and 2007.  The Mustangs, making their 16th NCAA appearance, now await the NCAA DI women’s volleyball selection show scheduled for Sunday, November 25, to learn their postseason future. 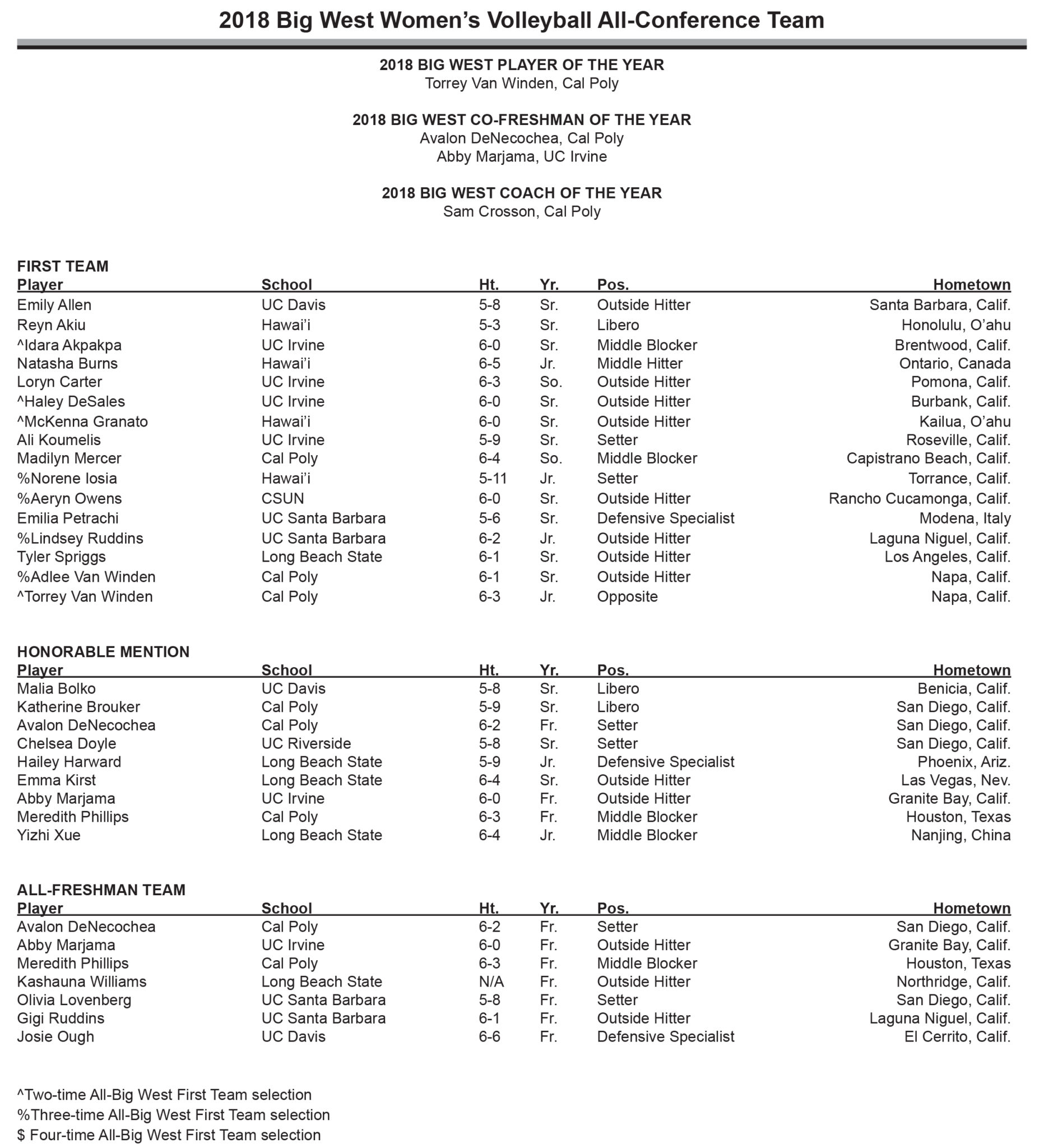