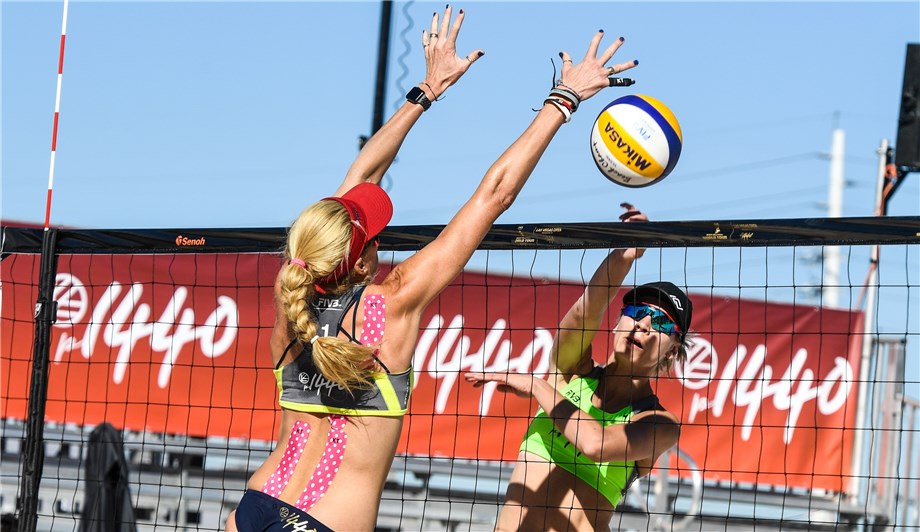 Canadian Kristina May, a 2016 Rio Olympian, has spent 15 months away from the beach game after the birth of her first son Current Photo via FIVB

Canadian Kristina May, a 2016 Rio Olympian, has spent 15 months away from the beach game after the birth of her first son, the now six-month old Maxwell. She has recently made her return to the sport after being granted a wild card to the women’s main draw at the World Tour Las Vegas Open presented by p1440. The 31-year-old partnered up with Taylor Pischke but the duo was eliminated very early into the competition, dropping a game to fellow Canadians and eventual tournament winners Bansley/Wilkerson 2-0 (21-12, 21-14).

Regardless of the early elimination, May knows that now is the time to focus on getting back into her best sporting form. She was visibly excited when playing, which shows she was enjoying herself. She knows that if she is to dream of returning to the Olympic Games, she’ll have a very tough competition, as Canada boasts two of the world’s top teams in Bansley/Wilkerson and Pavan/Paredes. May talked to FIVB.com about her return and hopes for the future:

“I loved it, even though we lost. It was thrilling to be back on the court after being out for so long. Having a baby on the sideline was a surreal experience. I didn’t have any trouble focusing, mentally it didn’t seem I had taken so much time off. Physically I’m working on getting better – where I was. Every point that I earned felt twice as good before. This was the very first step back. We keep giving one step at a time and the next is to regroup and try to win our next match to move forward in the tournament. No question it’s just going to get harder and harder. I know it, I’ve been there before. I know what to expect and it’s just a matter of executing the game plan when you have a chance.”

Felt amazing to get back out there and PLAY! It wasn’t the best start, but it was a start. Definitely have a lot of work to do, but I am feeling up for the challenge. I am SO grateful to even have the chance to play here at the #LasVegas 4⭐️. If it wasn’t for @taylor_pischke I literally wouldn’t be here, she has been such an awesome teammate, I am a lucky girl. My parents, thank you for being the ultimate grandparents, you guys made this happen by taking on Max-duty like pros! John, as always you have my back and keep me believing in myself, even when it’s hard sometimes. Max- it’s all for you buddy. Maybe next time stay awake for my matches okay, thanks for caring. 😉❤️ #p1440 @mamavaljazz @lennyvaljas @shootermay