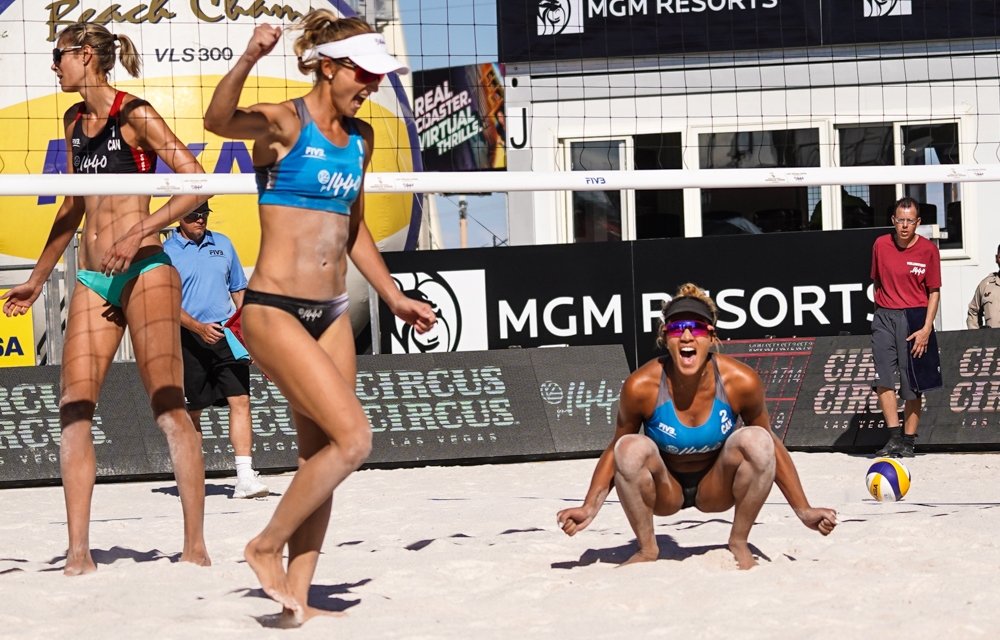 The win gave Bansley/Wilkerson their second gold medal of the calendar year, following the title at the Warsaw Four Star (July 1), and fifth podium finish. The duo also won the title at the inaugural P1440 event in San Jose last month.

Bansley previously partnered with Pavan, finishing fifth at the Rio Olympics, but the pair separated ahead of the 2017 season.

“I think it’s a mix of us figuring out their game a little better and also getting better as a team”, Bansley said. “We’ve put in a lot of hard work this season and we’ve seen ourselves improving. We’re just getting smarter in the court. But we scouted them and took it as any other game. We focused on what we could do well and it worked.”

The runnerup finish marked the third FIVB medal of the year for Pavan/Humana-Paredes, who won the Xiamen Four Star (April 22) and the Gstaad Major (July 15). The duo also won the Commonwealth Games title (April 12).

Brazilians Maria Antonelli/Carol Solberg Salgado rounded out the podium, taking the bronze medal in an injury shortened match against countrywomen Ana Patricia Silva Ramos/Rebecca Cavalcanti Barbosa Silva. Ana Patricia/Rebecca won 21-19 in Set 1, but had to retire from the match down 20-17 in Set 2 after Ana Patricia twisted her ankle midway through the stanza.

“This is a very important medal for us,” Carol said. “We had a great year, but we lost several medal games, so we wanted really bad to win this one. Unfortunately the match ended in a sad way. We are all feeling bad, but it’s part of the sport. I had the same kind of injury earlier this year in Poland and I know how hard it is. I hope she recovers fast and she’s a very physical player, I’m sure she’ll be back stronger.”