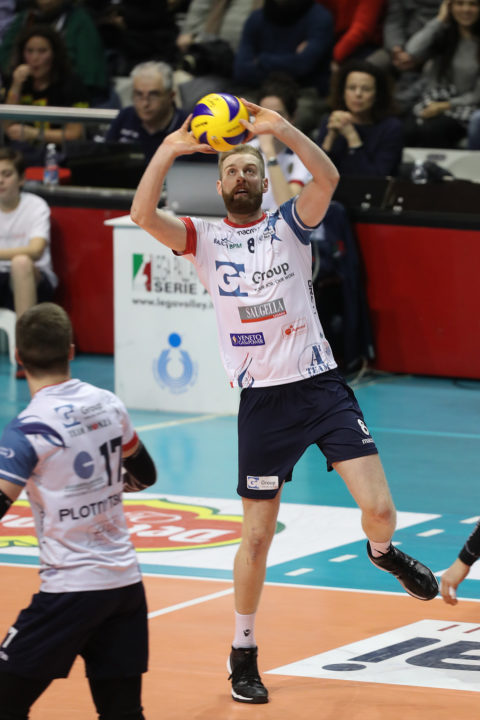 After spending a season in Italy’s top division, Canadian setter Brett Walsh has agreed to a 2-year deal with Belgian club Knack Roeselare. The 24-year old setter who is from Calgary, Alberta played his first pro season with Gi Group Monza, who finished with a record of 9-17. Even though that may not seem impressive, it is rare for a foreign player, especially a setter, to spend their first season playing in the Italian SuperLega, which is considered by most to be the most competitive league for men’s pro volleyball.  Walsh graduated in 2016 from the University of Alberta as one of the top setting prospects Canada has seen, owning the record for most assists in CanWest conference history. In Monza, Walsh split setting duties with American National Team captain Kawika Shoji. Even though Walsh was the back-up to Shoji, he played in several important games and established himself as one of the best blocking setters in the league. Monza will now need Shoji to stay with them, one year after signing a contract with the Italian club if they are to have a chance of staying competitive next season.

Knack Roeselare is consistently one of the top clubs in Belgium and a regular member of the Champions League. They have won the Belgian cup the past 3 years in a row. Although they have experienced great success in the domestic Belgian league, they were only able to go 2-4 in the Champions League this season, just barely missing out on the round of 12 playoffs. Walsh will likely replace setter Angel Trinidad de Haro, who has been their starter for most of the season. The signing of Walsh looks like the start of an aggressive push to become an elite club not just in Belgium, but in Europe. Expect more value signings of foreign players from Roeselare in the coming weeks.