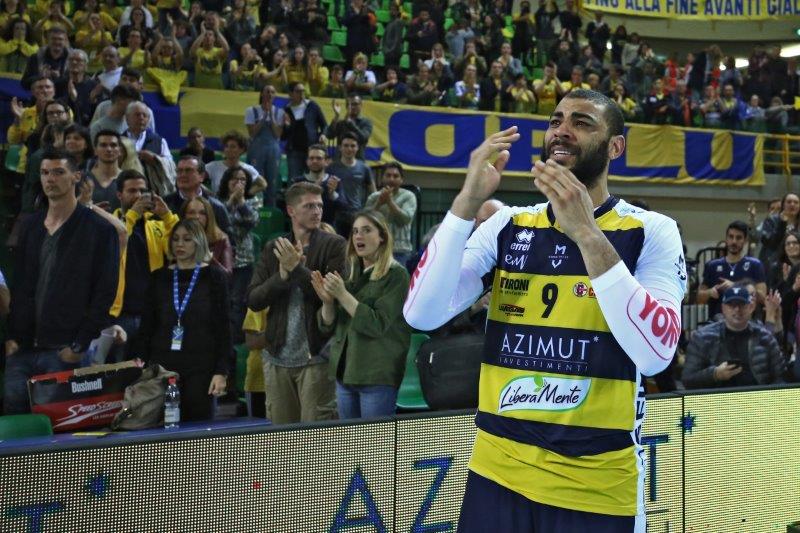 We have one of our teams for the SuperLega playoff finals: Civitanova took down Modena in 4 sets to secure a chance to compete for the title. A surprising 3-0 win by Diatec Trentino ensures we will have at least one sudden death match to look forward to.

A messy ending to a messy season by Modena. A campaign marred by feuds between coaches and players came sputtering to an end at the hands of a Civitanova team that came looking for blood. It was the last game of the Earvin Ngapeth era in Modena, as he has already announced he is playing for Zenit Kazan next club season after spending almost 5 years in Italy. He played well in his last game with the club, scoring 21 points with 17 kills, 2 aces and 2 blocks. Emotions were high at the end of the match when Ngapeth said goodbye to his fans, shedding some tears in a rare moment of vulnerability for the confident French outside. Taylor Sander was a stand out for Lube, scoring on 56% of his 25 attacks and passing 29% of his 28 passes perfectly. Lube has secured a brief rest before the SuperLega finals which begins on April 22nd.

Show me someone who predicted the result of this game, and I will show you a liar. While Trentino’s play has been trending upwards since October, Perugia is a team that has won at least 1 game in all but 2 of their 40+ matches. Perugia’s hitters just couldn’t get it going against a solid Trentino block, with both Ivan Zaytsev and Aleksander Atanasijevic hitting under 40% and setter Simone Giannelli scoring an impressive 5 points off of blocks. Speaking of Giannelli, he spread the ball around well resulting in 52% team hitting and added an ace for good measure. These teams will play in a sudden death match on Thursday, April 19th to determine who will move on to the finals to play Lube Civitanova.