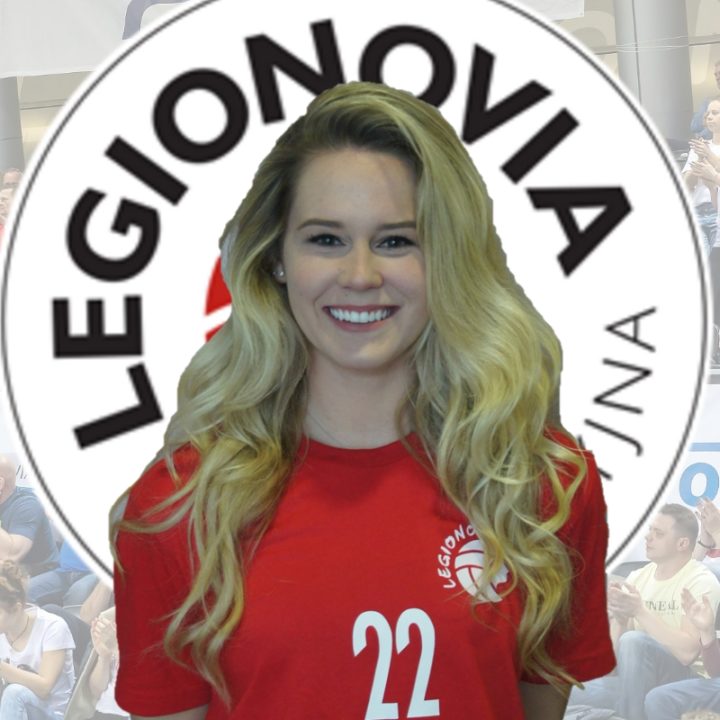 At Legionovo, Pickrell will join a team that finished its last season 8-18, standing at 11th place out of 14 teams. Current Photo via Legionovia.pl

Polish club Legionovia has informed in its official website that it has signed Cassidy Pickrell to its roster. The 24-year-old 6’1″ outside hitter, an UC Irvine and Arizona State alumni, is transferring out Switzerland’s Neuchatel to what will be her sophomore professional season. Here are her first words as a member of her new team:

“I really like it here. We’re a great team. I feel good in Legionowo. The city is charming, I love the fact that there is a lot of green and the smell of trees surrounding the hall. I can not wait for the season! I’ve visited Warsaw, what a beautiful city! It has such a rich history, I will be happy to get to know it better. Last weekend I went by train to Germany and from the windows I could see Poland. This is a beautiful country, I want to see more! The team welcomed me very warmly. Everyone is very nice and I am glad that I passed the tests positively and joined this team. I will certainly learn something from everyone, we will work very hard.”

The team was likewise very excited:

“I am glad that our composition is growing. Cassidy is a player who will fit perfectly into the team not only in a sporty way, but also mentally. It will definitely be a good spirit for our team.” – Coach Piotr Olenderek

“Cassidy Pickrell very quickly acclimatized in Legionowo. The two-week test period has allowed us to dispel doubts and make sure that we want her in our new team.” – Team President Sławomir Supa

Pickrell grew up in Coppell, Texas, where she won back-to-back state titles in 2011 and 2012 and won countless individual awards in her prep days. She then attended UC Irvine out of high school, where she earned All-Big West Freshman team honors in her freshman year. She added onto her accolades with an appearance on the 2014 All-Big West First Team in year two. In totality for her two-season stint with the Anteaters, Pickrell logged over 600 kills. As a a junior, Pickrell began her Arizona State career after transferring into the Pac-12. In 2015, she led the Sun Devils with 304 kills. She added 248 more as a senior, and finished her four-year collegiate career with over 1,200 kills.

Surprise! I’m excited to share why I’ve been in Poland- I am officially playing for @dpd_legionovia in #Legionowo ! Still sporting that red, white, and blue, too😉 looking forward to a full season of growth on and off the court and to spend another year doing what I’ve loved since I was fourteen! AND I get to rep that 22 again 😈 Thank you to anyone who has showed me support! Special S/O to @elitevolley and @ryanjayowens for putting me up for this awesome opportunity and job! Follow my Facebook page in my bio for more updates on season:) #Repost @elitevolley with @get_repost ・・・ No feeling like traveling thousands of miles to a foreign country. Being tested for 10 days and signing in a top 3 European league! . Cassidy PICKRELL (USA) SIGNS SECOND #PROVOLLEY CONTRACT.. IN POLAND A1!  Thanks for being prepared and patient! POSITION: RECEIVER (POS 4) CV: bit.ly/PICKRELLcv FB Page: fb.me/cassidypickrellvolley DOB: 18-OCT-1994 HEIGHT: 6’1” (185 cm)  WEIGHT: 165 lbs. (74 kg) WINGSPAN:  180 cm BLOCK REACH: 9’10” (299.7 cm) ATTACK REACH: 10’1” (307.3 cm) HITTING HAND: RIGHT  @elitevolley’s PROMOTED #EliteVolleyExclusivePlayer @cassidypickrell secures a great job after a tryout with @legionovia in Poland’s #LSK league. . We moved Cass up to our Exclusive after overcoming injury and odds to have a solid season and showing high promise! . Follow her grinding at instagram.com/cassidypickrell Instagram or her FB page above!  Our Full Player roster: elitevolley.com/prolist . #elitevolleyfam #elitevolleyagency #cassidypickrellvolley #Volleyball #USAVOLLEYBALL #NCAAvb @Volleymob @sundevilvolleyball #Legionovia #CP22 #newplayer#transfer #siatkówka #siatkarka #SunDevilFight #ForksUp #tryout