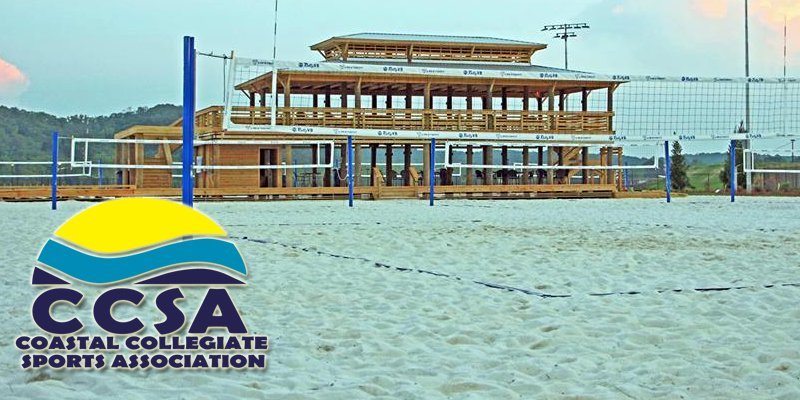 Regular season play has concluded for beach volleybal in the Coastal Collegiate Sports Association (CCSA), which means that the conference... Archive Photo via CCSA

Regular season play has concluded for beach volleybal in the Coastal Collegiate Sports Association (CCSA), which means that the conference championship tournament brackets have been finalized and divided. The tournament will begin on Friday, April 21, in Emerson, Georgia.

The 21-7 Florida St. Seminoles are the defending champions and top seed in the tournament after going undefeated against CCSA opponents. The Seminoles have remained in the top 4 of the AVCA polls all season long, and are currently 4th exactly following a split this weekend with #2 Pepperdine.

#7 LSU brings a 20-straight dual match winning streak into the tournament as the 2 seed in the CCSA. They haven’t lost a match since March 12th.

Every team will play each of the other 4 teams in their pool, with the top two from each side advancing to a single-elimination semi-final.

While the top two seeds, Florida St. and LSU, are near-locks for the NCAA tournament, there are significant tournament implications deeper into the field. The 3rd-through-6th seeds, Georgia State, South Carolina, FIU, and FAU, are all still in play for tournament invites with a good performance in the CCSA, but failing to qualify for at least the semi-finals could be a blow to their hopes.