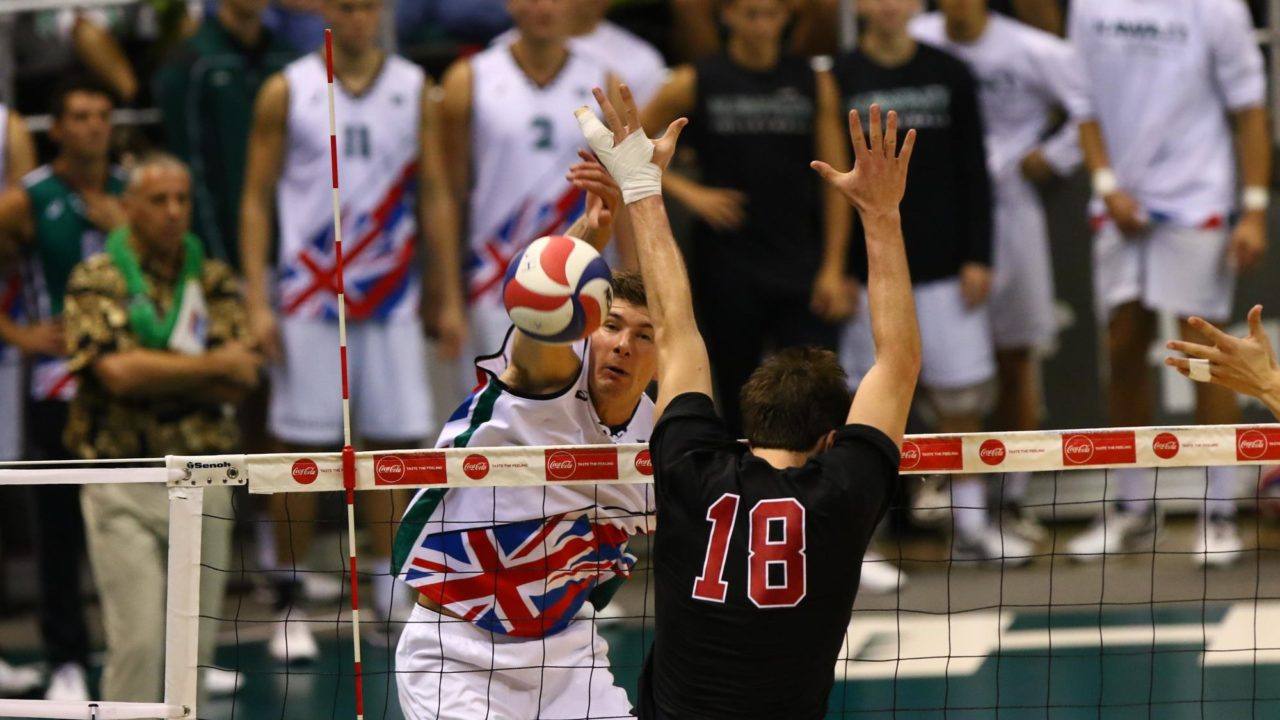 The University of Hawaii Rainbow Warriors swept the Pepperdine Waves 3-0 to advance to the MPSF semifinals. The Waves competed well in the first set, but it would not be enough as Hawaii would win by scores of 25-23, 25-20, 25-15 in front of a season high crowd of 6,691.

For the Waves, sophomore outside hitter David Wieczorek led the way with nine kills and 10 digs. Freshman outside hitter Noah Dyer finished with eight kills, while senior setter Soren Dion-Kindem had a match-high 24 assists along with eight digs.

The Rainbow Warriors never trailed in set one. Tied at 12-12, Fey lead a three point service run to put the Warriors up 15-12. The Waves closed the gap to one point at 21-22, but that would be as close as they would come as the Warriors used another service run by Dion-Kindem to close the set out at 25-23.

The second set would see the Warriors get out to an early 10-3 lead, forcing the Waves to take a timeout. Out of the timeout the Warriors pushed their lead to 11 points, 16-5. The Waves used errors made by the Warriors along with tough serving to bring the score to 19-24. A service error followed by a kill from Fey gave the second set to the Warriors 25-20.

In the third set, both teams exchanged points early on. An attack error from Dyer tied the score at 10-10 before the Warriors used a service error by the Waves to open a 13-3 point run, giving the Warriors a 23-13 lead. The Waves scored two in a row, but it would not be enough as a kill by Fey sealed the deal for the Warriors 25-15.

The #3 seed Rainbow Warriors now prepare to face  the #2 seed BYU in a MPSF semifinal matchup.

HONOLULU – The University of Hawai’i men’s volleyball team advanced in the Mountain Pacific Sports Federation Tournament with a straight-set win over Pepperdine in the quarterfinal round Saturday at the Stan Sheriff Center. A season-high crowd of 6,691 witnessed the 25-23, 25-20, 25-15 victory.

The third-seeded Rainbow Warriors (25-4) move on to the semifinals where they will meet second-seeded BYU, a straight-winner over Stanford. Top-seeded Long Beach State will host the semis and finals, April 20 & 22 at The Walter Pyramid.

UH, which extended its home win streak to 22, including a perfect 18-0 this season, is now 3-0 all-time versus Pepperdine in the MPSF quarterfinals. Hawai’i advances to the semifinals for the second time in three years and third time under head coach Charlie Wade, who improved to 10-0 versus the Waves in Honolulu.

Senior outside hitter Kupono Fey and sophomore opposite Stijn van Tilburg each tallied 14 kills to lead the Warriors. van Tilburg also posted a career-high 10 digs for his first career double-double and hit .619 along with five blocks and two aces. Fey also added a pair of aces with eight digs and a career-high six blocks.

After Pepperdine tied the score at 12 with a block solo on Patrick Gasman in Set 1, the Warriors reeled off three straight for a 15-12 lead at the media timeout, capped by an ace by Fey. UH maintained its cushion the rest of the way as the teams traded point for point. The Warriors ended it with a double-block by Mol and van Tilburg. Hawai’i hit .385 led by six kills each by Fey and van Tilburg.

UH jumped out to a 14-5 lead in Set 2 behind a trio of four-point spurts. By the media timeout, the Warriors held a 15-5 advantage and had four team blocks while hitting .500. Hawai’i led 22-12 before the Waves mounted a comeback to within 23-19 with two aces and three Warrior hitting errors during a 7-1 run. But UH closed out the set with Fey’s 10th kill.

The Warriors used a 6-1 run to take a 14-10 lead in Set 3. UH pushed its lead to 19-12 after scoring four unanswered including an ace by van Tilburg. Hawai’i blew it wide open with three straight blocks for a 23-13 and Fey closed out the match with a shot down the middle.

HONOLULU, Hawai’i: – The 8th-ranked and 6th-seeded Pepperdine men’s volleyball team fell 3-0 to 4th-ranked and 3rd-seeded Hawai’i at the Stan Sheriff Center on Saturday night in the Mountain Pacific Sports Federation quarterfinal match-up to end the 2017 campaign.

Each side came out strong in set one, with the Waves posting a .308 success rate compared to the opposition’s .385 output. The Rainbow Warriors held a one- to two-point lead throughout after a 6-6 tie score.  Big attacks from Penning and Wieczorek helped keep the Waves close and late in the set, Pepperdine looked at a 22-23 score.  UH gained the first advantage, but a kill by Dyer helped the cause.  The opposition rejected the Waves at the net in the next possession, however, and finished off the first set with a 25-23 win to pull ahead 1-0 on the day.

The Rainbow Warriors put in some big work early in the second set to pull ahead, amassing a 20-11 advantage.  The Waves were resilient, though, and came back within four-points at the 20-24 mark before the opposition finished the set 25-20 to pull ahead 2-0 on the day.

In the key third match, the Waves posted a strong effort in an attempt to rally.  After working point-for-point en route to a 10-10 tie, however, Hawai’i continued to collect kills towards a 20-13 advantage late in the set.  The Waves pieced together a few more points, but the Rainbow Warriors finished the set 25-15 to win the MPSF quarterfinal match-up in straight sets.