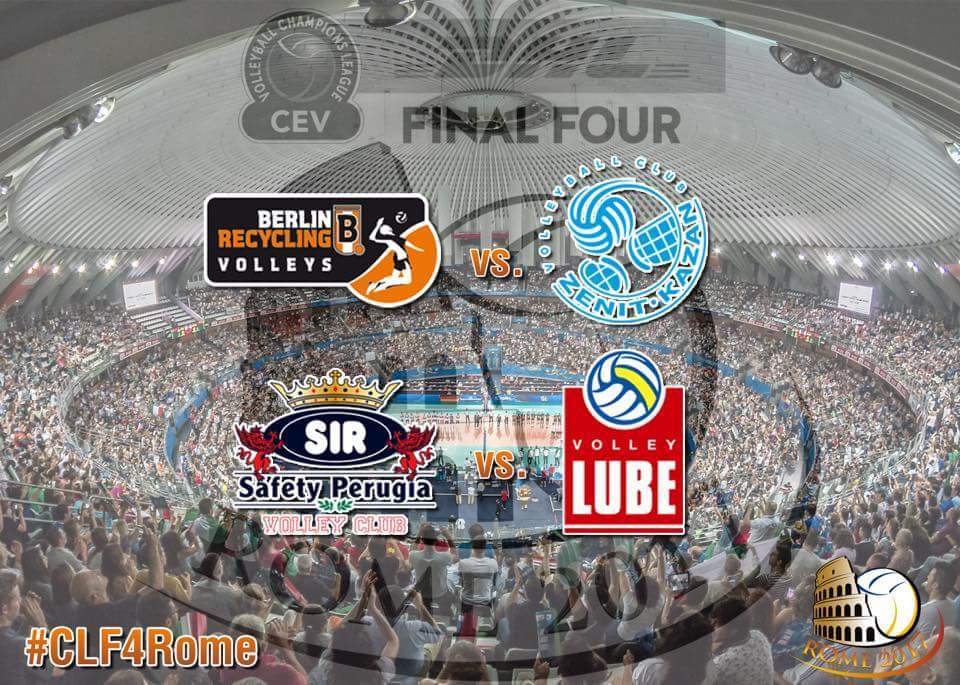 BR Volleys, of the German Bundesliga, will play Zenit Kazan, of the Russian Super League, in the first semifinal match at 12:30 p.m. ET. Lube, of the Italian Serie A, will play league foes Perugia in the second semifinal, set to begin at 3:30 p.m. ET.

The two semifinals winners will play for the gold medal on Sunday, while the two losing teams will vie for the bronze.

The Lube Civatanova roster includes setter Micah Christenson, who played collegiately at USC and is a member of the U.S. national team.

Zenit Kazan features Matt Anderson, opposite from the 2016 U.S. Olympic team, who played collegiately at Penn State. Get to know each of the four teams via video here: BR Volleys, Lube, Zenit Kazan and Perugia.