Chile, Serbia to Battle for Tokyo Gold, Fendrick/Sponcil in Last 8 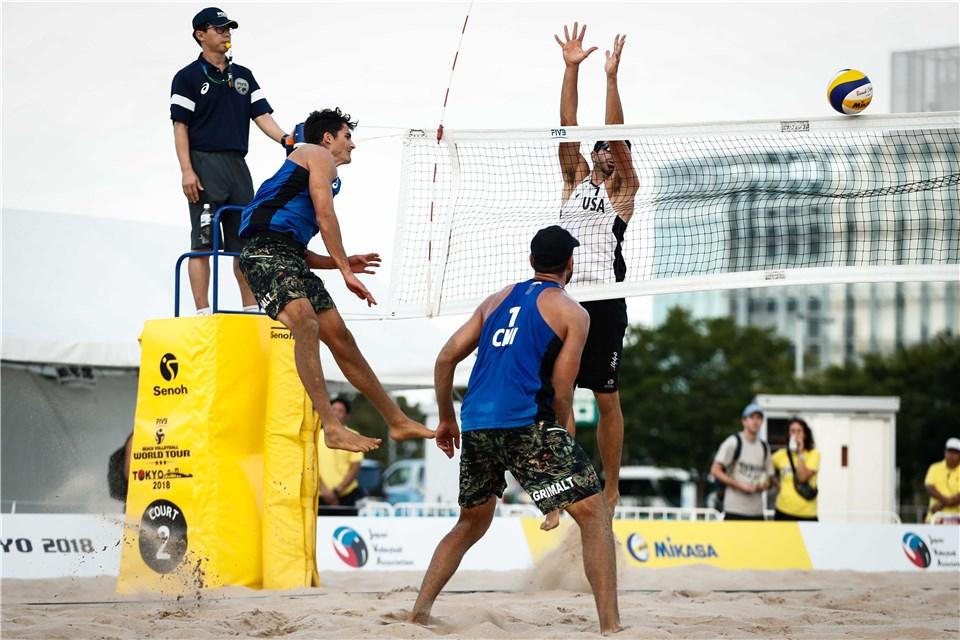 The podium matches are set for the men's Tokyo Three Star, while the women's first of the women's semifinalists was decided. Team USA's Casey Patterson/Stafford Slick will vie for bronze, while Lauren Fendrick/Sarah Sponcil are in the women's quarterfinals. Current Photo via FIVB

The podium matches are set for the men’s Tokyo Three Star after quarterfinal and semifinal matches, while the first of the women’s semifinalists was decided.

The Grimalts defeated Ahmed Tijan/Cherif Younousse in tiebreak in the quarterfinals (16-21, 21-18, 15-10) and bested Patterson/Slick in the semis (23-21, 21-15) to earn the title shot. They will be looking for their first FIVB World Tour podium finish and have already achieved their best placing of the season ahead of a ninth-place effort the Espinho Four Star on July 8.

Kolaric/Basta held on for a tiebreak win over Germans Max Betzien/Jonathan Erdmann (21-15, 19-21, 15-12) and followed with a sweep of Bergmann/Harms (21-18, 21-14) to reach the finals. The Serbians are looking for their third podium finish of the season, following gold at the Aydin One Star on May 20 and silver at the Lucerne Three Star on May 13.

In the quarterfinals, Patterson/Slick took out Austrians Robin Seidl/Philipp Waller (21-17, 21-12), while Bergmann/Harms outlasted China’s Gao Peng/Li Yang (21-16, 13-21, 15-9). Despite tonight’s result, the pair, which teamed up in January, has achieved its top FIVB placing of the year ahead of a fifth-place effort at the Lucerne Three-Star.

Bergmann/Harms are looking for their first podium finish since winning gold at the Oman One Star on March 17 and just their second as a pairing.

On the women’s side, Finland’s Tau Lahti-Liukkonen/Anniina Parkkinen earned the first spot in the semifinals with wins over Japan’s Chiyo Suzuki/Reika Murakami and Yui Nagata/Minori Kumada in Round 2 and the quarterfinals respectively. The pair edged past Suzuki/Murakami 16-21, 21-11, 15-11 before sweeping Yui Nagata/Kumada 21-18, 21-11.

The remaining three quarterfinal matches are set to begin at 7:30 ET Saturday:

The McNamara twins went the distance with Spain’s Angela Lobato/Amaranta Navarro (21-19, 19-21, 15-9), while the other six Round 2 matches were over in straight sets.

Fendrick/Sponcil took out countrywomen Betsi Flint/Emily Day 23-21, 21-13 in Round 2. The victory marked the pair’s second straight against fellow Americans after McKenna Thibodeau/Madison Witt bowed out due to injury in the first knockout round. 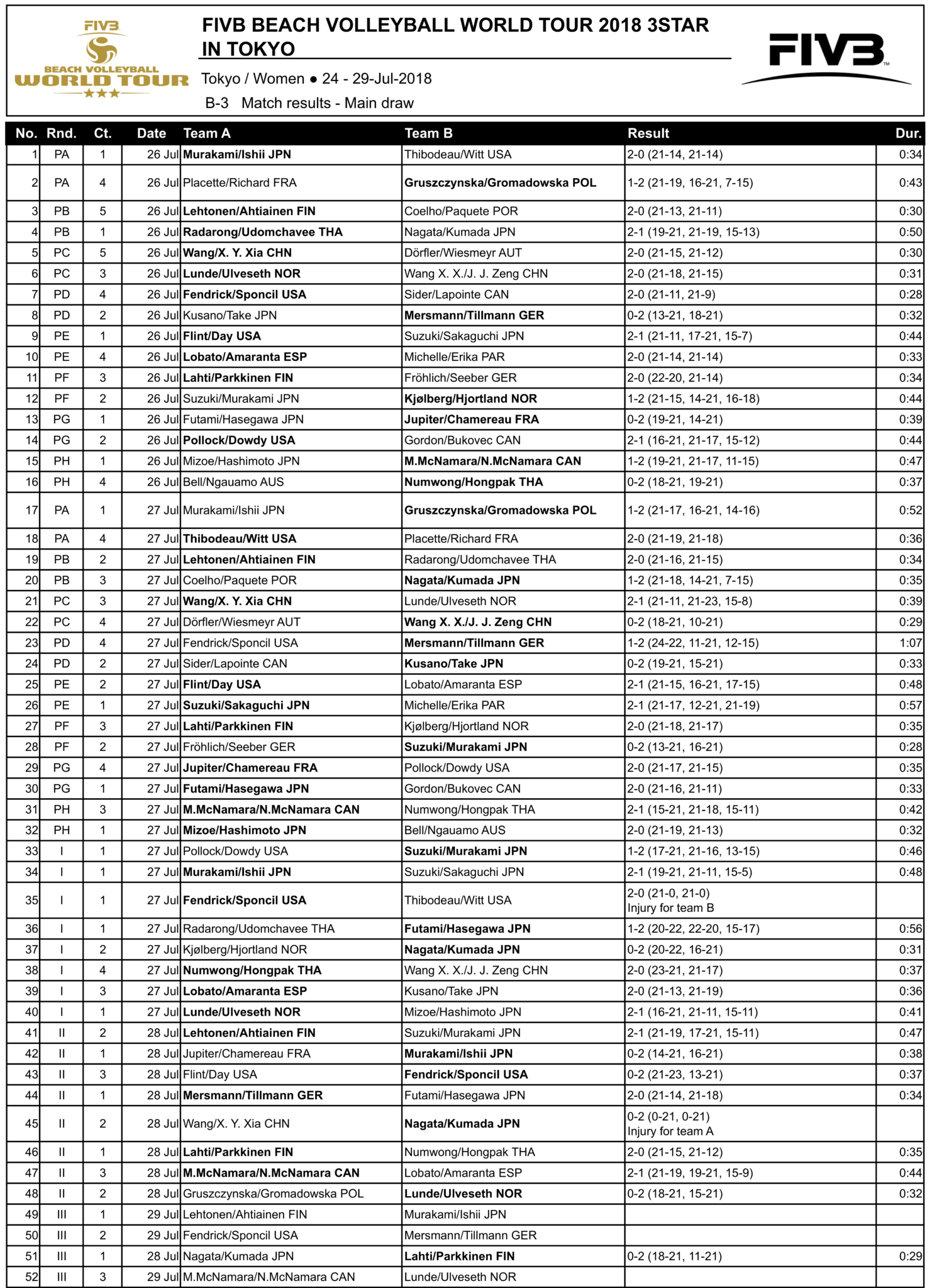 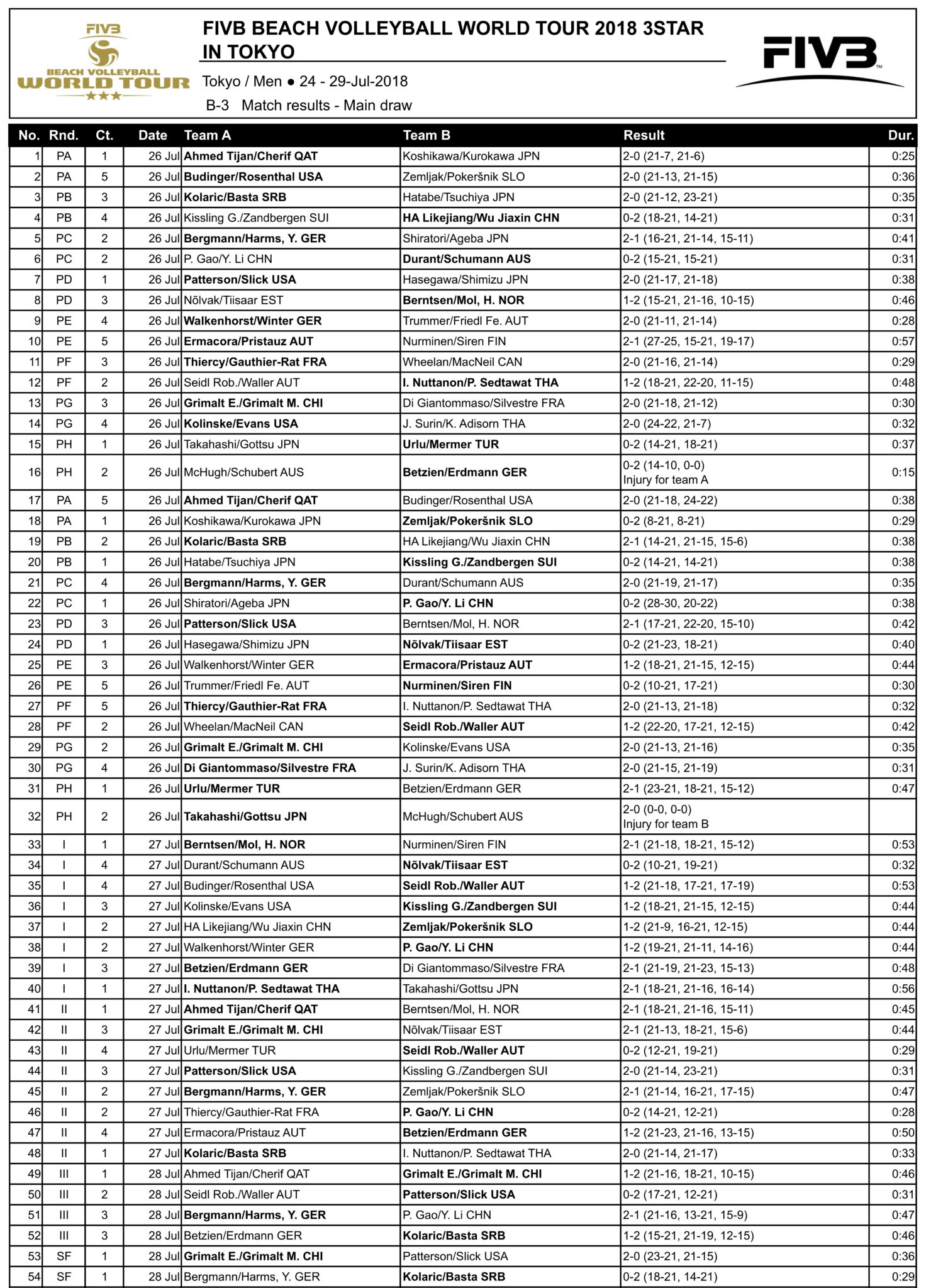