Chinese Player Hui Ruoqi Gets Her Own Barbie Doll 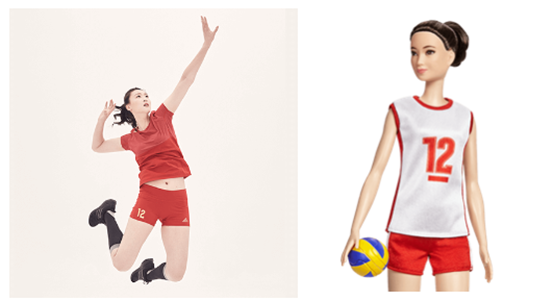 As part of Mattel's Barbie Inspiring Women series, icons from all arenas of life, including sport, are being made into Barbie dolls. One of the group is former Chinese women's national team captain Hui Ruoqi, who won gold at the 2016 Olympics. Current Photo via Mattel

As part of Mattel’s Barbie Inspiring Women series, icons from all arenas of life, including sport, are being made into Barbie dolls. One of the group is former Chinese women’s national team captain Hui Ruoqi, who won gold at the 2016 Olympics and retired in February at age 26 citing injury issues including heart problems.

Barbie announced the series with a video on International Women’s Day on March 6.

In honor of #InternationalWomensDay, we are committed to shining a light on empowering female role models past and present in an effort to inspire more girls.

In the bio that accompanies Ruoqi’s Barbie, it states:

“In April 2017, she established the Hui Ruoqi Women’s Volleyball Development Fund, which helps the outstanding athletes and coaches who have made great contributions to the development of volleyball.

“Ruoqi is popularizing volleyball sports in her own way and continues to chase the “faster, higher, stronger” spirit in other arenas. She formed a huge volunteer support team to visit the remote mountainous areas of Qinghai to assist with educational activities. In the future, she wants to continue using sports to solve social problems.”