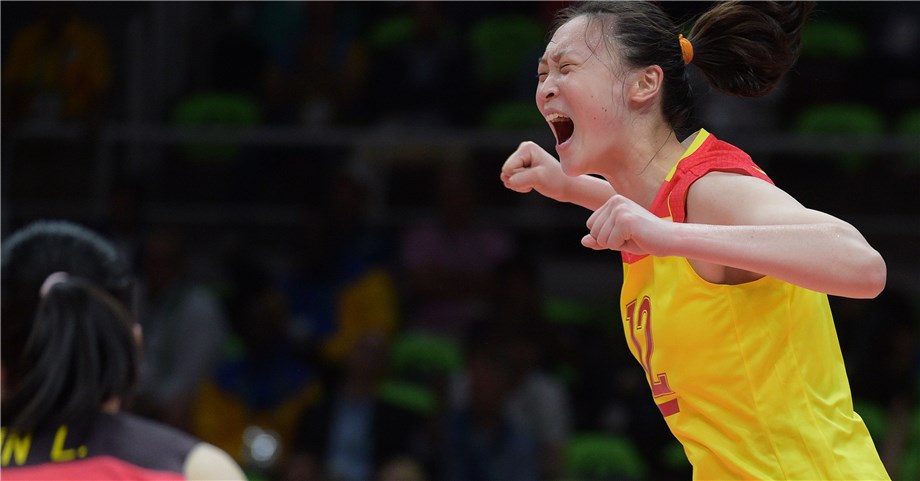 At only 26 years of age, Ruoqi battled injures throughout her whole career, including heart problems, which ultimately led to her decision to step away from the game. Current Photo via FIVB

FIVB has announced that Hui Ruoqi, the Chinese National team captain that led her squad to an Olympic gold medal in 2016, is retiring from volleyball. At only 26 years of age, Ruoqi battled injures throughout her whole career, including heart problems, which ultimately led to her decision to step away from the game.

Her professional career, all in China, spanned only 12 years, as Chinese fans will always remember her for scoring the last point in China’s epic 3-1 Olympic finals against Serbia. An emotional retirement ceremony was held during a Chinese league match this weekend.

Hui was on the Chinese squad that finished runners-up to USA in the 2014 FIVB World Championship in Italy and also has a bronze medal from the 2011 FIVB World Cup in Japan. An Adidas spokeswoman, she has stated that she will remain involved with volleyball, but will now focus on a foundation she has set up to promote the sport’s development for Chinese women:

“I will focus on the development foundation in 2018 and try to solve some social problems by sports activities,”

Hui Ruoqui is the second 2016 Chinese gold medalist to retire, as the team’s setter, Wei Qiuyue, retired last year at only 28 years of age.