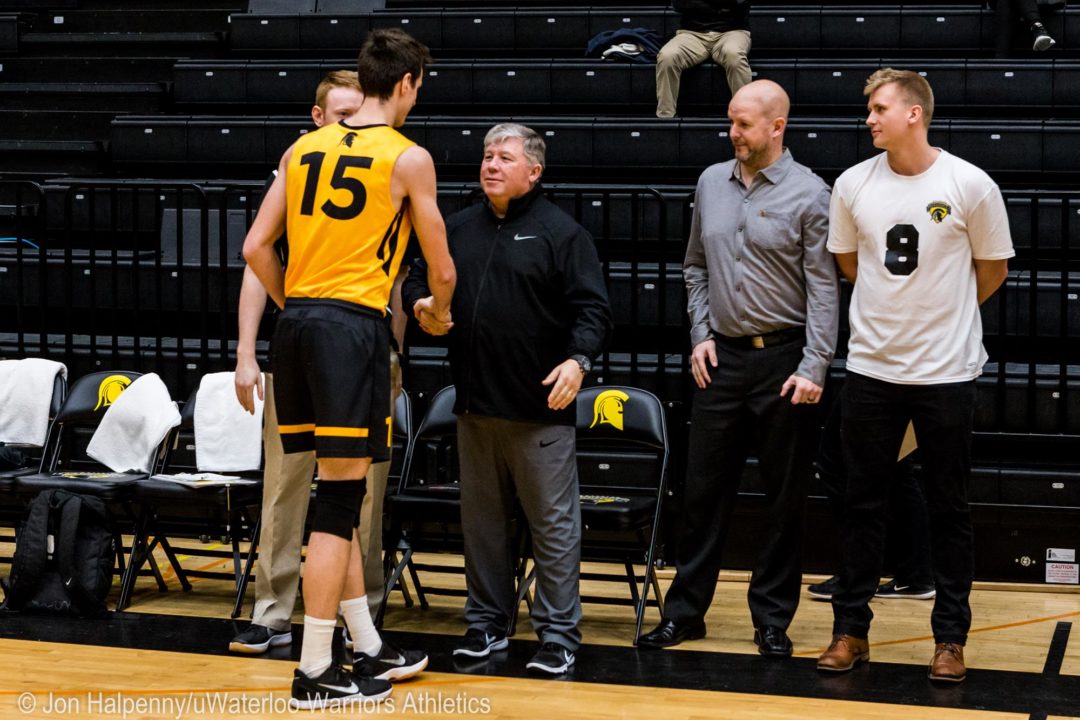 Former head coach and volleyball guru of Ontario Chris Lawson received an incredible honor on Saturday, June 2 as he was inducted into the OVA (Ontario Volleyball Association) Hall of Fame in the Builders Category. Current Photo via Waterloo Athletics

“We are delighted for Chris as he received this prestigious and well deserved recognition this past weekend,” said director of athletics and recreation, Roly Webster.

“Chris transformed our men’s volleyball program into a perennial OUA and U SPORTS powerhouse and has been a valuable mentor for both Warriors volleyball programs the past two seasons. We are forever grateful for his leadership and the ever-lasting impression he has left on our staff and student-athletes.”

Lawson was hired as the men’s volleyball coach in 2007, leading one of the most elite programs in the country for nine seasons. At the helm, Lawson led the Warriors to nine straight OUA post-seasons, including five straight OUA Final Four’s and two U SPORTS Championships.

Lawson accumulated a regular season record of 109 wins and 71 losses in his nine seasons with the black and gold.

For the past two years, Lawson worked as a mentor and associate coach of both volleyball programs. Both of those two years, the men’s and women’s teams qualified for the playoffs including another Final Four and U SPORTS Championship for the men’s team in 2017 under the guidance of current head coach Shayne White.

Lawson has over 30+ years of coaching, specializing in biomechanics and LTAD (Long-Term Athlete Development) and is currently working with the London Volleyball Club as their Pathway Coordinator.

Lawson is a NCCP Level 3 coaching facilitator and has mentored hundreds of coaches across Ontario and has forever cemented his legacy with his induction into the OVA Hall of Fame.

Incredible honour for coach Chris Lawson, inducted into the @ova_updates Hall of Fame in the Builder Category. 🏐🙌