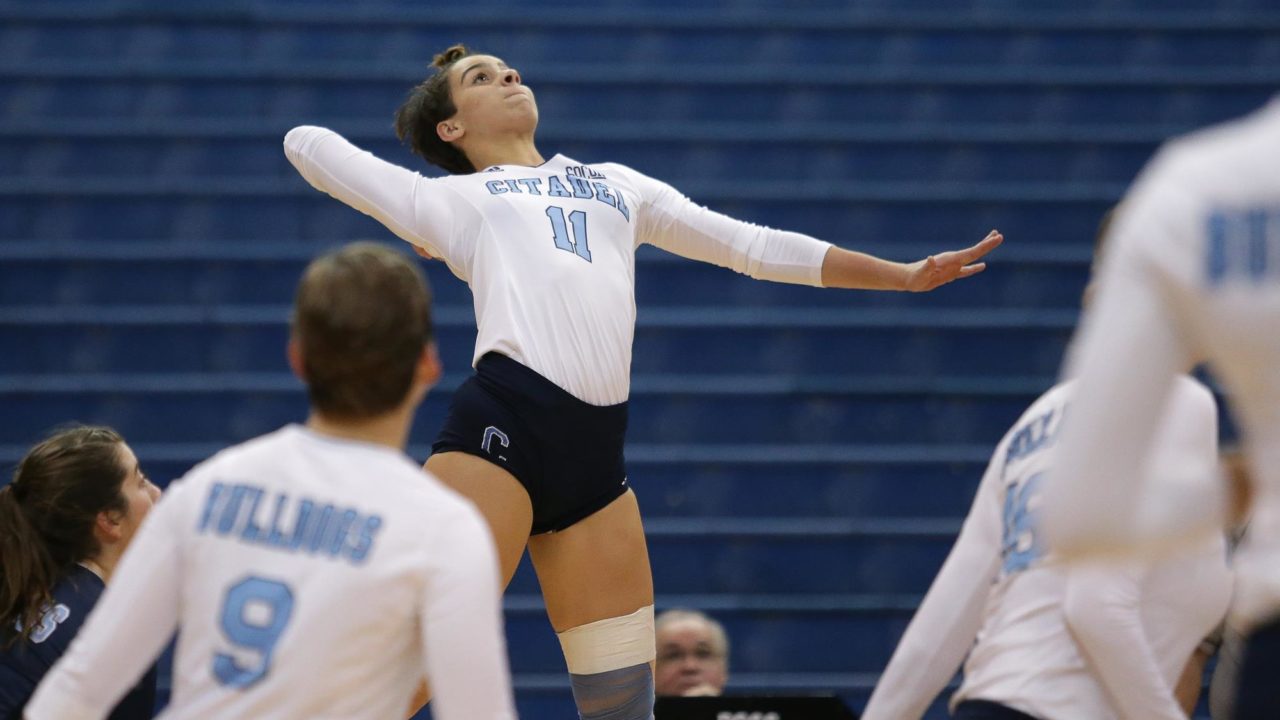 For the first time in program history in 2017, Citadel put a player (Sharlissa De Jesus, above) on the SoCon All-Freshman Team. Archive Photo via Citadel Volleyball

After an 8-26 season (2-14 in Southern Conference play), The Citadel in South Carolina has fired head volleyball coach Craig Mosqueda. Mosqueda had a 23-79 record in 3 seasons leading the program.

Mosqueda had just 3 SoCon victories in 3 seasons as head coach, which is better than the 1 game won by his predecessor Amir Khaledi in 4 seasons. Citadel has had just 1 season since launching the program in 1998 where they won more than 2 SoCon conference games: 2004, where they finished 3-13 (they were 0-18 a year later).

His 22.5% overall winning percentage as Citadel head coach is just below the overall 23.4% (131-430) record that the team had under its prior 4 head coaches.

The team did have a few highlights this season to build off. For starters, one of their two conference wins was over Samford, the defending SoCon Championships, in a 3-0 sweep. They also had a player named to the SoCon All-Freshman team, Sharlissa De Jesus from Puerto Rico, for the first time in program history.

“We have decided to make a change in the leadership of our volleyball program,” Citadel Director of Athletics said. “This morning, I met with Craig and let him know, per the terms of his contract, he has been terminated without cause. I am most appreciative of the effort that Coach Mosqueda put into the volleyball enterprise at The Citadel. We wish Craig the best in his future endeavors.  We will begin a search for a new head coach immediately.”

The Citadel, whose season is completed, ranks 309th out of 334 NCAA Division I teams in the latest computer-generated RPI rankings.

Mosqueda joins a growing list of coaches who have been terminated or resigned after the conclusion of their seasons, with more likely to come after this weekend’s regular season concludes nationally.