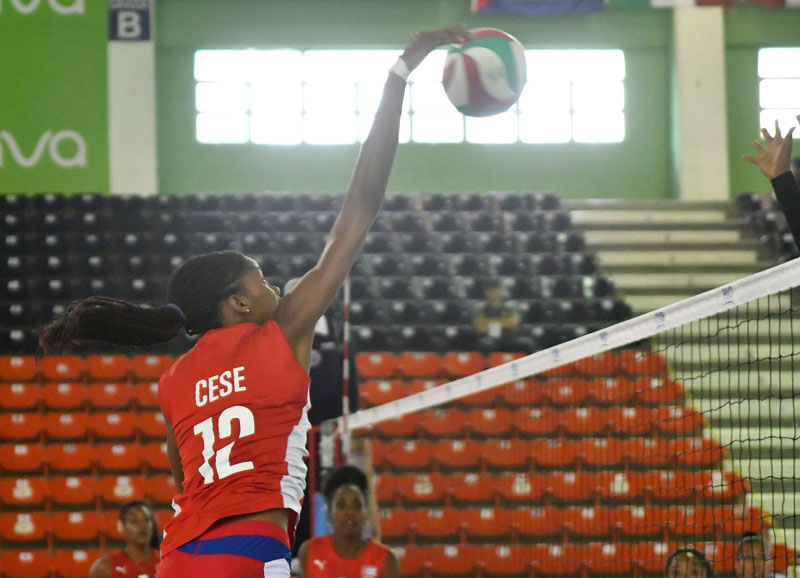 Colombia rallied to edge Puerto Rico in five sets for fifth place, despite a match-high 29 point effort from Puerto Rican outside hitter Daly Santana. With the win, Colombia claimed the final spot in next year’s Pan American Games in Lima, Peru.

Meanwhile, Ailama Cese starred as Cuba edged past Peru in four sets for seventh place in a match which featured the highest scoring set in Pan American Cup history.

“We have improved our technical quality and now we need to improve in attitude,” Colombian coach Antonio Rizola said. “Today was a good example of progress winning this match after trailing 1-2. Now we need to prepare for Barranquilla.”

“The difference was that in the fourth and fifth set we had to come from behind and that’s very difficult against a team like Colombia who plays the side out so well,” Puerto Rican coach Javier Gaspar said. “At the end Colombia executed and we didn’t.”

The seventh place match between Peru and Cuba was full of record breaking moments and standout performances.

Set 2 of the match was the highest scoring in tournament history, ending in a 40-38 score in favor of Peru. The 78 combined points surpassed a 36-34 first set effort between Puerto Rico and the Dominican Republic from 2009.

Brenda Lobaton led the way for Peru with 23 points on 22 kills and an ace. Karla Ortiz notched 18 points with 14 kills and a team-leading four blocks, while Kiara Montes also managed double-digit points with nine kills and a block.