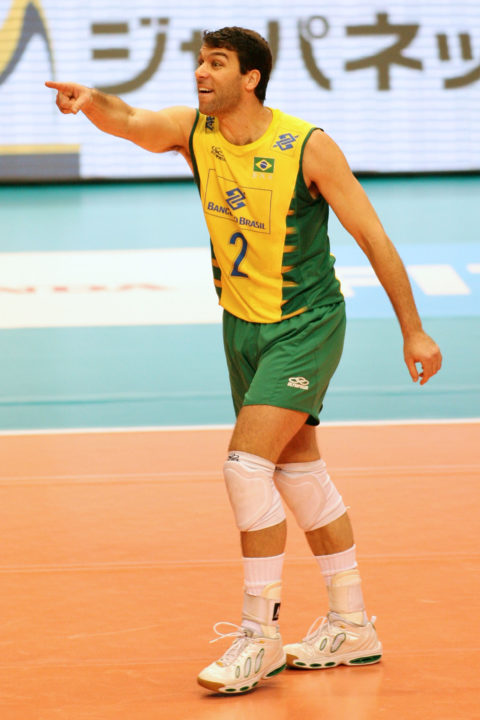 Corinthians/Guarulhos is turning back the clock Current Photo via FIVB

Corinthians/Guarulhos is turning back the clock. After being idealized as a personal project and led by 42-year-old superstar libero Serginho to a sixth place finish in last season’s Superliga, the club has recently announced 43-year-old setter Marcelo Elgarten for next season. As teammates in Brazil’s national team for 12 years, both players won many titles together, including the 2005 World Grand Champions Cup, the 2006 World Championship, 5 World Leagues, as well as an Olympic silver medal in 2008 (Marcelo wasn’t present in Brazil’s Gold Medal run in 2004).

Marcelo has been in an out of retirement the last couple of years. He last played for Botafogo a year ago in Brazil’s second division, more for personal satisfaction than anything, as he, like Serginho with Corinthians, was also on a mission to get the team to Brazil’s top tier league. The player guarantees, though, that he has kept his playing shape, as he even participated in the Brazilian edition of Dancing with the Stars in the past.

As a curious side note, Marcelo won Superliga’s best setter award in 1997 and 1999. How will he fare now, 20 years later? Setters tend to have much longer careers than any other players in volleyball. Don’t be surprised if the Serginho-Marcelo tandem makes a splash and outplays their younger counterparts this season.